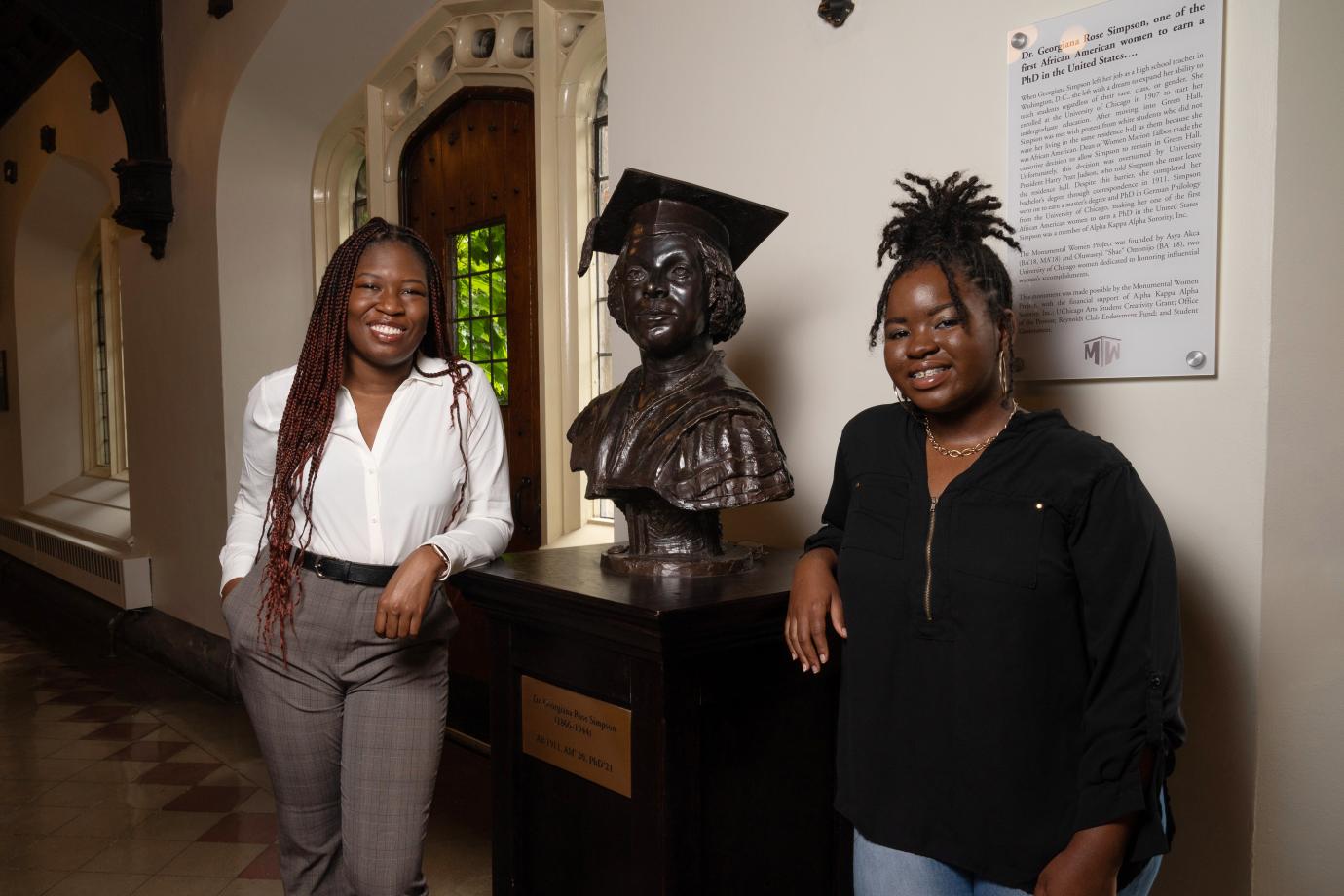 By Max Witynski via https://news.uchicago.edu/

UChicago students, faculty reflect on injustices she faced, find inspiration in her legacy

In the summer of 1907, Georgiana Rose Simpson left Washington, D.C., to pursue a bachelor’s degree at the University of Chicago. A 41-year-old high school teacher, she enrolled with the goal of furthering her interests in German language and literature.

As a pathbreaking figure, Simpson faced racism and discrimination throughout her academic career. Shortly after she arrived at the University, she was forced to live off-campus when white students objected to sharing a dorm with a Black woman.

Despite such challenges, Simpson would earn three degrees from the University of Chicago—an AB in 1911, AM in 1920, and a Ph.D. in 1921, when she was 55 years old. Simpson became the first Black woman to receive a Ph.D. in the United States on June 14, 1921, followed within weeks by two scholars at other universities who also received their degrees…

Read More: 100 years ago, Georgiana Simpson made history as the first Black woman to graduate with a Ph.D.