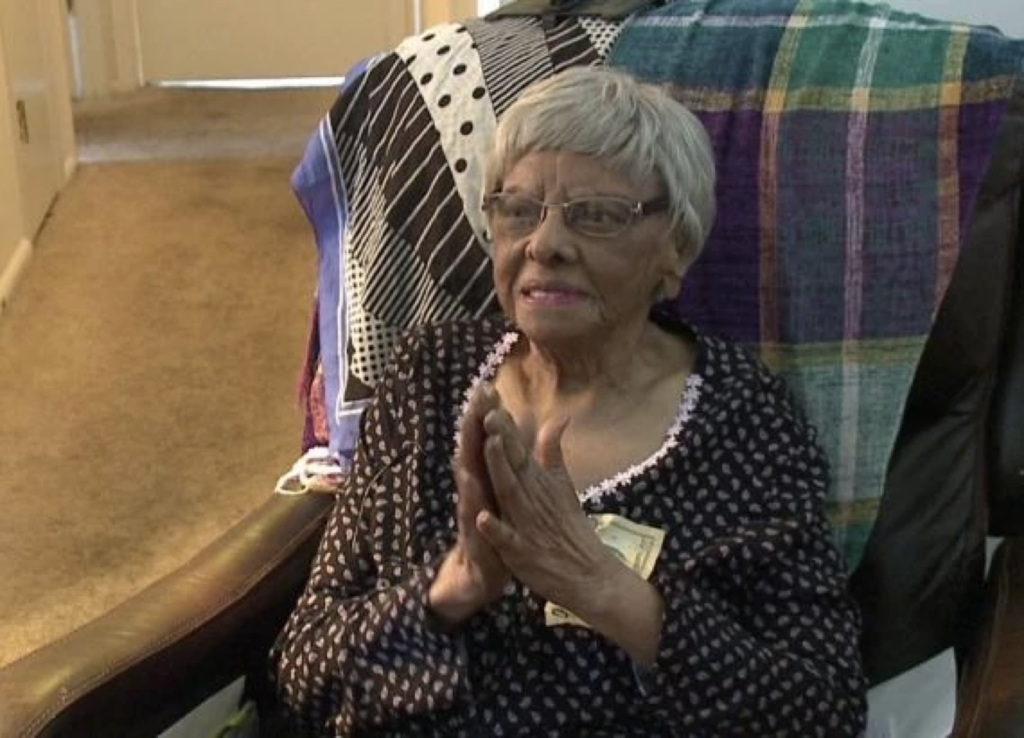 The majority of the oldest people in the world are women and were all born in the 19th century. A supercentenarian (sometimes hyphenated as super-centenarian) is someone who has lived to or passed their 110th birthday. This age is achieved by about one in 1,000 centenarians or people who have lived to be 100.

Many of these are still around to show their wisdom about what they’ve learned over the past 100 plus years. One of those great women is Lessie Brown.

Mrs. Brown was born in 1904 and said she moved to Cleveland from the south when she was a teenager in 1922. It was here that she met her husband and raised five children.

During her life in Cleveland, Brown worked at the Statler Hotel and Mount Sinai Hospital. After her husband’s death, Brown moved to live with her daughter Veerline in University Heights. Later on, the two moved to the Concord Apartments in 1996. Brown said she had had surgery twice in her life, but never for anything serious. Brown attended services at the Emmanuel Baptist Church.

Mrs. Brown said it is God’s will that she has lived this…

5 Things You Don’t Know About Orgasms
MY STORY: “YOU ONLY HAVE ONE BODY”