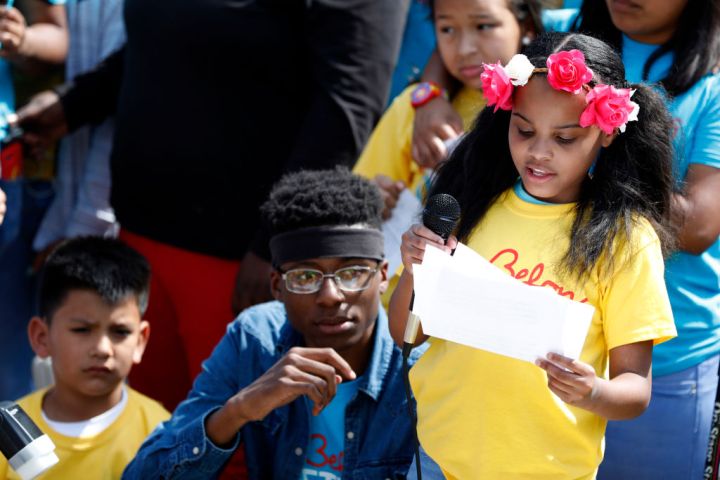 The little girl who made headlines last year after writing a letter that convinced President Obama to visit her hometown of Flint, Mich. while it was undergoing a contaminated water crisis criticized President Trump for breaking his promise to address the same issue.

Amariyanna Copeny, 9, who goes by Mari, called out Trump during a protest in front of the White House on Thursday, according to video from the Huffington Post.

“President Trump also came to Flint. I met him,” Copeny said after commending Obama for visiting Flint. “[Trump] was not so very nice to me at all.”

Copeny, also known as “Little Miss Flint” after winning a beauty pageant, said Trump didn’t let her ask any questions during his visit. She then criticized the President for not addressing the water crisis in Flint since taking office.

“On the campaign trail, he promised he would fix Flint,” she said. “Unfortunately, this was one promise…