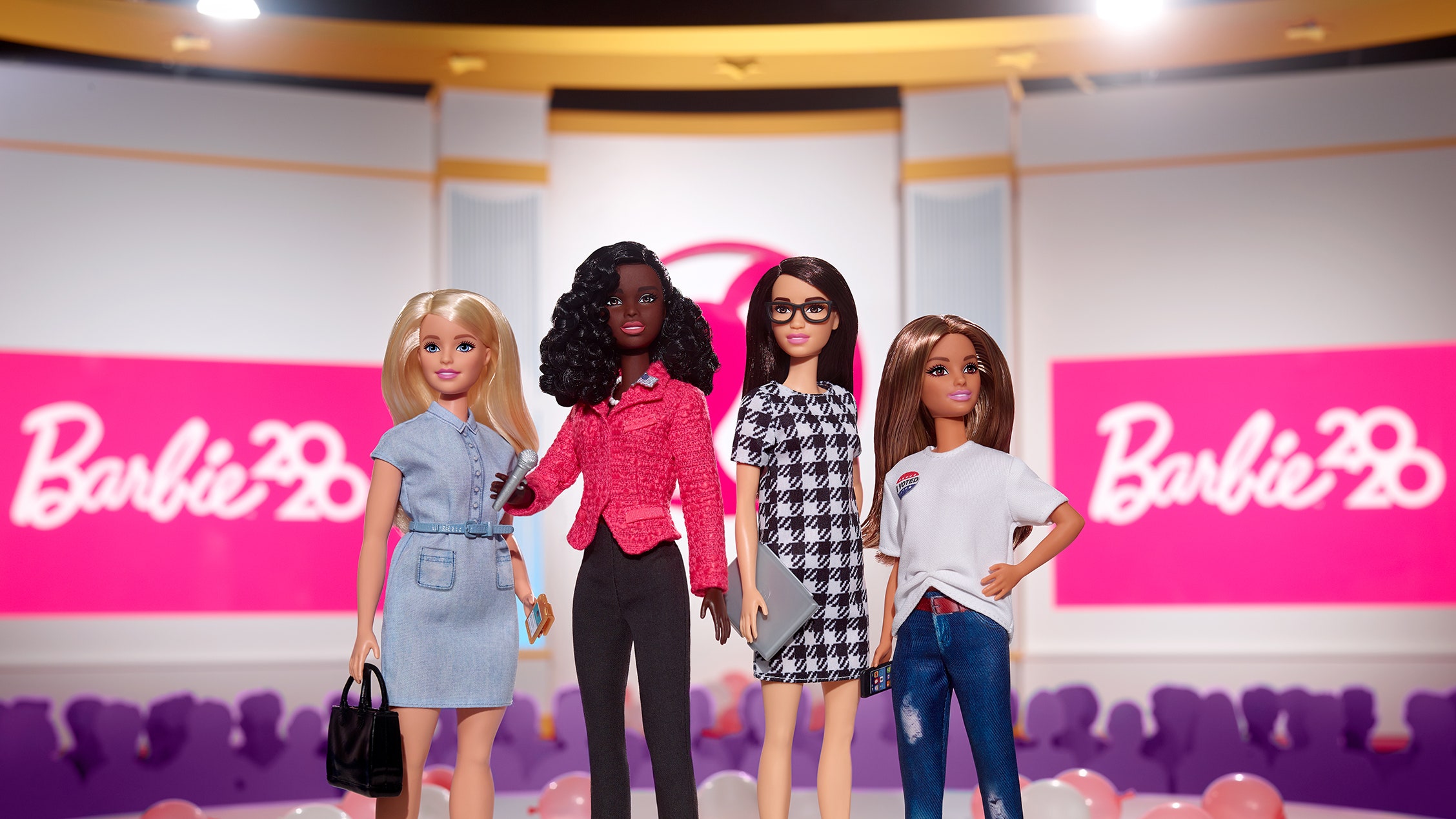 By Jenny Singer via https://www.glamour.com/

Yes, Barbie world has now hit a milestone that the real world has fallen short of.

Barbie can be anything: a ballerina, a princess, a doctor, an astronaut. Barbie can even be something that has never existed in real life—a Black woman presidential nominee from one of America’s major political parties. (We are assuming that at this point in the election season, Barbie is not running as an independent.)

Mattel—the brain behind the iconic doll—is releasing a Campaign Set of Barbies, complete with a presidential candidate and support staff. Presidential candidate Barbie is a Black woman dressed in a pink blazer who comes holding a microphone. The other dolls are also all women—a campaign manager, a fundraiser, and a voter. (We presume Ken is on the campaign trail keeping up an attractive prospective-first-spouse Instagram.)

Laugh, cry, or stand your childhood Barbie on her feet and let her fall to the ground, bearing the weight of her breasts! The fact is that a doll has achieved a milestone American politics has not. “The set highlights dolls of different ethnicities, including a Black candidate, to remind all girls they can lead from the polls to the podium,” reads…

Read More: A Black Woman Is Running for President. Her Name Is Barbie