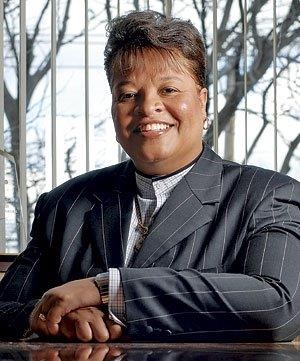 Valerie Daniels-Carter was elected national chair of the American Automobile Association at the auto group’s 114th annual meeting last week in Boston. She is the first African-American woman to chair the national AAA organization.

Daniels-Carter is co-founder, president and CEO of V&J Holding Companies Inc., the nation’s largest female-owned franchise organization, based in Milwaukee. She has been active with AAA for 22 years and served on multiple board committees, including Dearborn-based AAA Michigan — The Auto Club Group, the second-largest AAA club in North America. She has played a leading role in raising the association’s collective preparedness in cybersecurity.

Daniels-Carter, who also serves as a director on the board of the Green Bay Packers and various other corporate boards, started her franchise empire with one Burger King restaurant in 1982. She built her company into a 137-unit, multibrand organization that also includes Auntie Anne’s Soft Pretzels, Coffee Beanery, Nino’s Southern Sides, My Yo My Frozen Yogurt and Pizza Hut.

“As a visionary and committed AAA leader, Valerie will serve the organization well, building and expanding upon the trust our members have placed in the brand for more than a century,” Marshall Doney, president and CEO of AAA, said in a statement.

In a Q&A Friday morning, Daniels-Carter discussed where AAA is and where it is going.

What is the significance of your election as the first African-American female chair?

I represent an opportunity to support women in leadership. The retail buying power of women is in excess of 60 to 70 percent. I have been involved with AAA for more than 20 years and (AAA) did the right thing at the right time. We have had an African-American chair before. I am the first African-American female.

What are your top priorities this year?

14-Year Old Releases Her Third Book — Aims to Inspire Other Youth to Read, and Be Successful in School, Life & Business
How These Black Women With A Startup Became ‘Unhidden Figures’