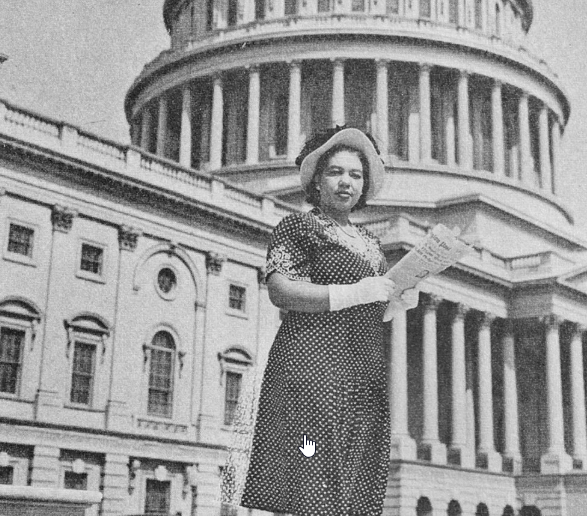 By Karen Zraick via https://www.nytimes.com/

Her father was a sharecropper and her mother took in laundry. Her grandparents were born into slavery. She endured poverty, segregation and sexism. Yet none of these factors impeded her ambition to become a journalist.

Alice Allison Dunnigan (1906–1983) would become the first black woman accredited to cover the White House. But not all Americans were ready to accept her in this position; their actions would soon make that clear.

Dunnigan covered Congressional hearings during a time when racism in America was rampant and the N-word was commonly used on the floor. She was barred from reporting on a speech given by then-Pres. Dwight Eisenhower. Upon the death of Sen. Robert Taft (1953), Dunnigan wrote her report while sitting in the servants’ section.

Dubbed a “straight-shooter,” politicians went out of their way to avoid Dunnigan’s tough questions, which often involved race. During formal functions held at the White House, she was often mistaken for the wife of a visiting dignitary. A Black woman attending such…

Continue Reading
You may also like...
Related Topics:Alice Dunnigan