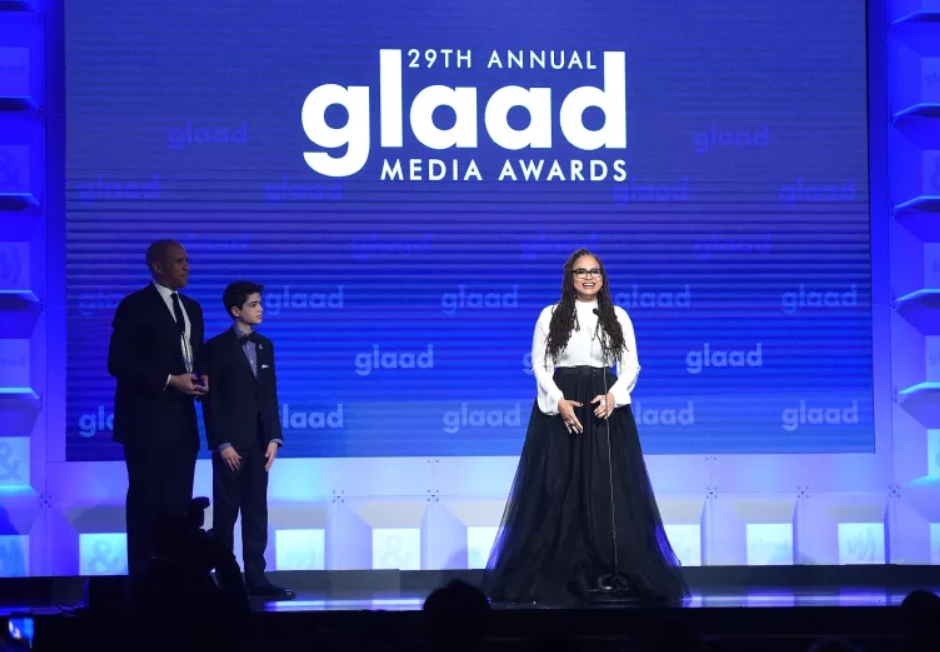 By Felice León via https://www.theroot.com

For Gloria Carter, a closeted gay black woman with four kids, life was not horrible. But it was “different.”

“I chose to protect my family from ignorance. I was happy, but I was not free,” said Carter at the 29th Annual GLAAD Media Awards in New York City.

Carter is the mother of four children, including her youngest son, rapper Shawn “Jay-Z” Carter. On Saturday, Carter received the Special Recognition Award for her coming-out story on “Smile”—by now, you’ve likely heard the song on Jay-Z’s Grammy-nominated album, 4:44.

“‘Smile’ became a reality, because I shared with my son who I am. Not that people didn’t know. It was someone that they didn’t talk about but they loved me anyway.” Carter continued, “But to me, this was the first time that I spoke to anyone about who I really am.”

That evening Carter shared the stage with some phenomenal black women including Laverne Cox, Blair Imani and Root 100 honoree, Yamiche Alcindor. Truth be told, The Root was there to cheer on the black women. Sorry, not sorry. Among the sistren was Samira Wiley, who took home the

Lupita Nyong’o Wants To Fill The ‘Gaping Hole Of Representation’ In Hollywood
Two African American Females Star in Disney’s ‘Beauty and the Beast, the Broadway Musical’