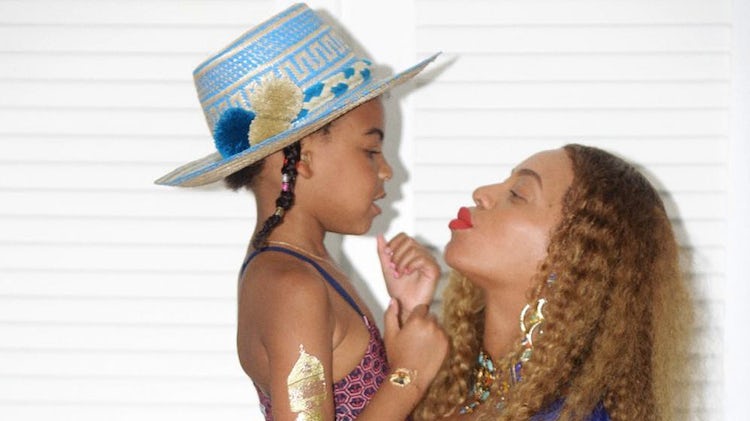 With two new Carter babies on the scene — Beyoncé and Jay-Z’s newborn twins, Rumi and Sir — it would be easy for eldest daughter Blue Ivy Carter to be overshadowed. But don’t sleep on this little gal!

Blue is growing up fast, showing more and more personality each time we see her — from her musical talents to her already impressive fashion sense. We’d expect nothing less from the child of the 36-year-old pop icon and 47-year-old hip hop mogul.

If she’s anything like her mama — and she sure looks like her! — Blue is destined for great things. Here’s everything you need to know about her now.

How old is she now?

What does her name mean?

JAY-Z has made his love for the color blue known in songs like “Go Crazy” and his three Blueprint albums. The middle name “Ivy” is said to be in reference to the Roman numeral “IV,” as four is an important number for the couple. Bey’s birthday is on Sept. 4, Jay’s is on Dec. 4, and they were married on April 4, 2008. They’ve also named albums after the number: Beyoncé’s 4and the rapper’s latest 4:44.

She’s still young, but Blue already looks a lot like her mom and dad. That said, a glance at this photo of Bey around Blue’s age, as shared by grandma Tina Lawson, proves she’s mostly her mother’s mini-me.

If Beyonce don't look like Blue on this photo!!! Getting her braids done by Toni❤️

Where does she go to school?

The kindergartener attends the LA-area school, Center For Early Education, which costs about $19,000 a year. The school brands itself as “a socio-economically and culturally diverse independent school for children, toddlers through grade six, [that] strives to graduate students …

Continue Reading
You may also like...
Related Topics:Beyonce, Blue Ivy