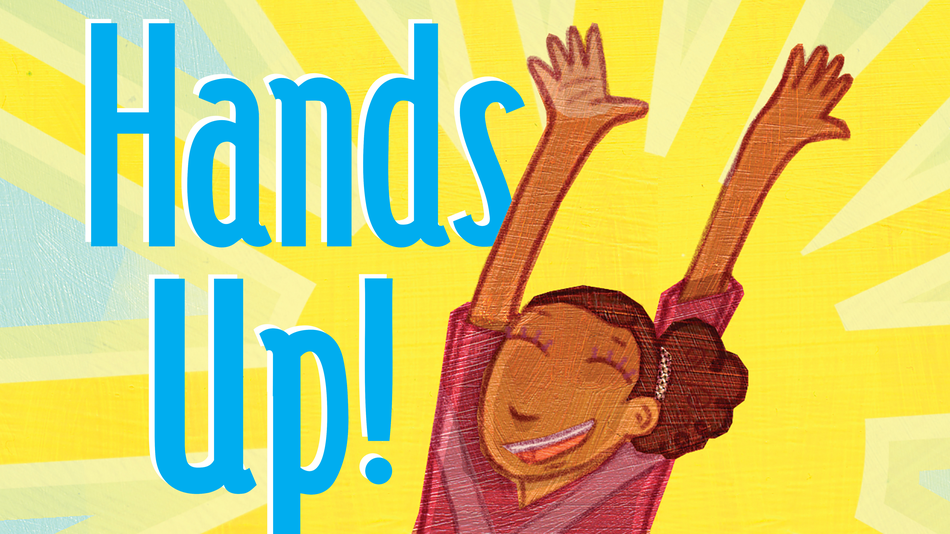 BY VICTORIA RODRIGUEZ via https://mashable.com

Breanna J. McDaniel hopes black girls will recognize themselves in her debut picture book Hands Up!. Even before they flip to the first page, they’ll see a smiling black girl jumping on the cover.

“Unfortunately, you still don’t see a ton of that. And not just black girls. Girls of color, period,” says McDaniel.

McDaniel’s story is about Viv, a lively, responsible, and talented black girl. As readers flip through the vibrant illustrations, Viv grows older and raises her hands in different contexts. She plays peek-a-boo with her parents, participates in class, and practices fifth position, like her favorite ballerina Misty Copeland.

The examples are common, joyful, and in sharp contrast to the violent, painful images typically associated with the title phrase. “Hands up, don’t shoot” became a rallying cry at the Ferguson protests, which started after a white police officer killed Michael Brown, an unarmed, 18-year-old black teenager. McDaniel drew inspiration from Black Lives Matter, a movement to end violence against black people, and wrote the first draft of her book ..

Read More: ‘Black girl joy’ is at the heart of this new children’s picture book

Florida teacher’s Black Girl Magic: You need to see this door decoration
20 Black women authors with 2019 book releases you need on your shelves