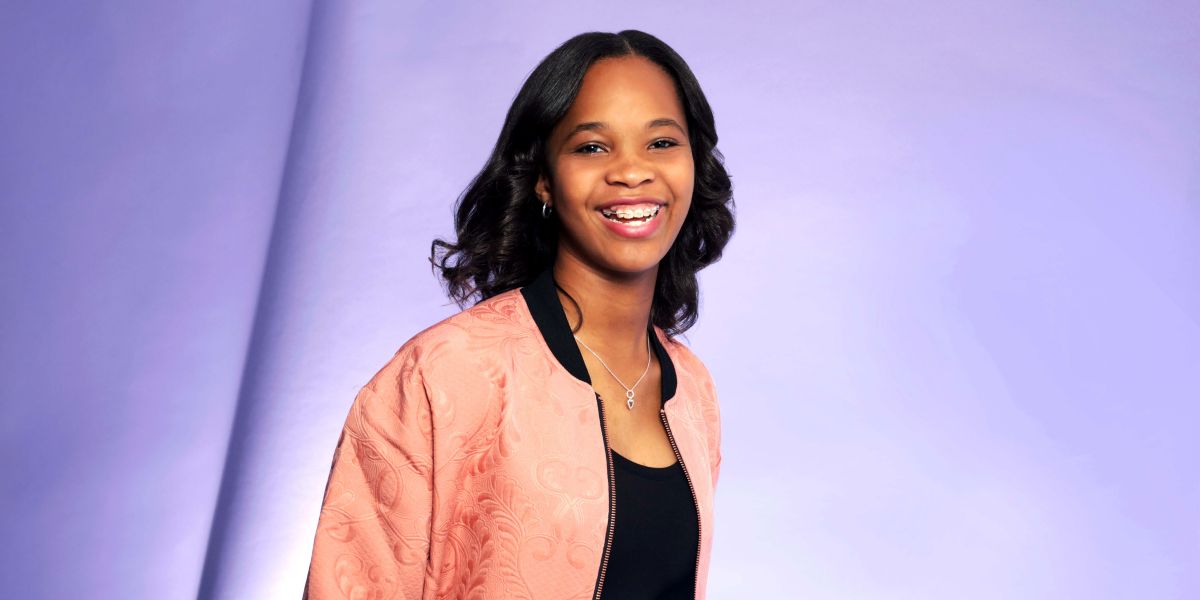 Quvenzhane Wallis is now 14, in high school and writing books.

Quvenzhané Wallis became the youngest nominee up for Best Actress at the 2013 Oscars. Fast-forward to 2017 and she’s the author of not one, but two books! She was only 9 years old when she received undoubtedly the biggest honor one could receive in film for her role as Hushpuppy in Beasts of the Southern Wild, so it shouldn’t come as a surprise that by 14, she’s already an accomplished children’s author. Both books, Shai & Emmie Star in Break an Egg! and A Night Out With Mama, became available for purchase on October 4. BET.com had the chance to catch up with the new high school freshman who took a break from classes for a quick press run in New York City.

Although most remember Quvenzhané, also known back then as Little Q, in girly gowns toting a puppy purse on the red carpet, in walked a much taller teen wearing jeans and sneaks — no puppy purse in sight. She admits that the glitzy dresses from her younger years were her mom’s doing and she actually didn’t like them one bit. “That was me!” her mom says owning up to playing stylist for her daughter back when she could get away with it. But these days Quvenzhané is calling the shots when it comes to her wardrobe and her budding career as a writer. But as she clutches her phone waiting to catch up with classmates back home in Louisiana, you can tell she is still every bit a normal teenager in 2017.

BET: Can you tell us a little bit about both your books and what inspired you to create them?

Quvenzhané Wallis: A Night Out With Mama is the picture book about the Oscar night [I was nominated] and went with my mom. And then Shai & Emmie Star in Break an Eggis a chapter book about Shai and her best friend Emmie. They go to a performing arts school and there’s a new girl, Gabby, that comes in and she’s supposed to be from Hollywood. There’s a play at their school and Shai doesn’t get the part and Gabby does …