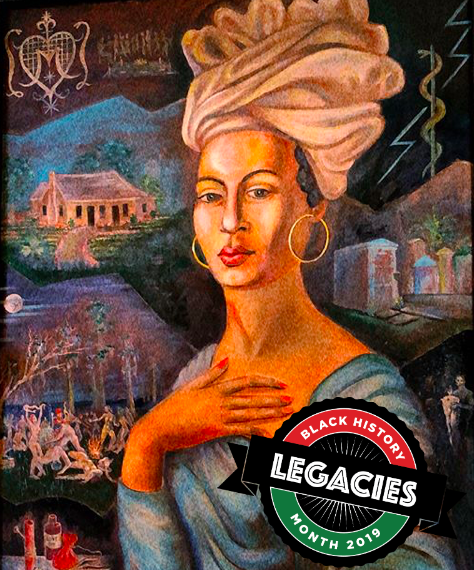 By: CIERRA CHENIER via https://www.essence.com/

She wore her long, black hair wrapped in a tignon with curls dangling to the front. Gold hoops hung from her ears, with jewelry illuminating her neck, fingers and wrists. She walked with her head held high, as if she owned the very streets she walked on—and that she did.

Marie Catherine Laveau was born on Sept. 10, 1801, in New Orleans. She was a free woman of color, spoke fluent French and was a Black “Creole” of African, European and Native American descent. This racial designation was as political as it was social, and possessed its own set of traditions and distinctions in 19th-century New Orleans. Laveau was raised in the home of her enslaved grandmother, who was brought to New Orleans from the heart of Africa. Her mother, Marguerite Henry d’Arcantel, was born a slave and eventually gained freedom, and her father, Charles Laveaux, was a free man of color and successful businessman.

Laveau married Jacques Paris, a carpenter who fled to New Orleans following the Haitian Revolution. He disappeared shortly after their marriage, and she took on the name …

Continue Reading
You may also like...
Related Topics:Marie Laveau