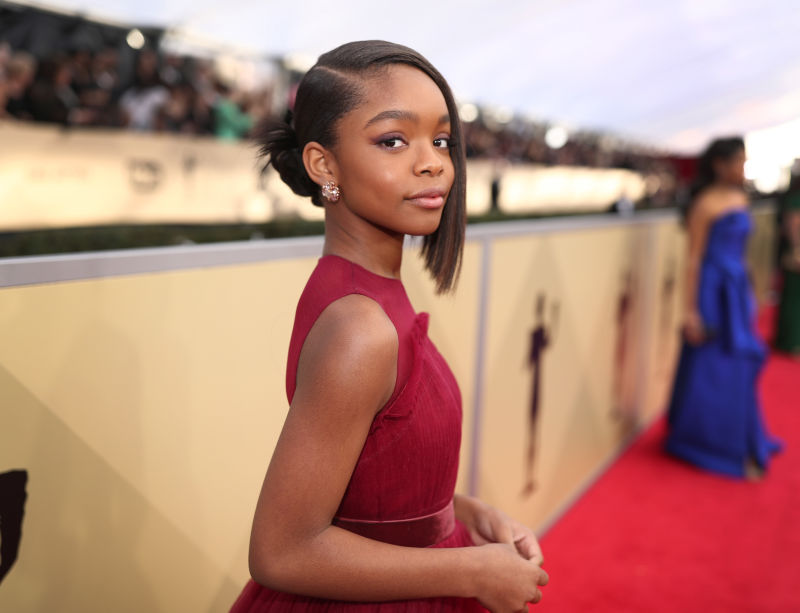 Oh, Black Girl Magic, how awesome art thou? Let me count the ways.

But seriously, how amazing is 13-year-old Marsai Martin? The Black-ishstar, who delights the audience with her clever delivery, is now not only an actor, she is now a creator, an executive producer.

According to the Hollywood Reporter, Martin will star in the Universal comedy, Little a film that will focus on a woman who gets the chance to relive her carefree youth, when being an adult starts to overwhelm her (and don’t we all know that feeling.)

As it turns out, Marin was also the one who pitched the idea for the script herself and will also be executive producer on the project. So yeah, at 13, Martin is not only getting her first studio feature, but adding another title to her resume.

If this beautiful, talented, child just doesn’t go all the way off.

Drumline writer Tina Gordon Chism has written the most recent draft of the comedy and is attached to the direct. Screenwriter Tracy Oliver (Girls Trip) wrote the first draft, based off of Martin’s idea.

Girls Trip producers Will Packer and James Lopez will also be joining on this production, along with Black-ish creator Kenya Barris.

Continue Reading
You may also like...
Related Topics:Marsai Martin