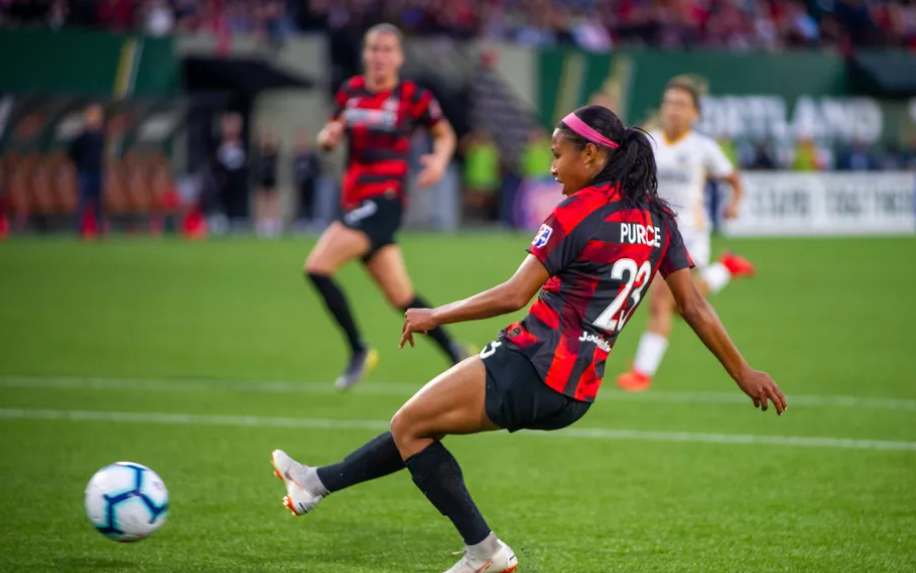 Midge Purce, Lynn Williams, and Taylor Smith on their experiences as black soccer players in America.

In the 27th minute of Portland’s June 2 home match against Chicago, Simone Charley slipped a ball past two defenders to Midge Purce, who beat her defender and the goalkeeper to find an empty net. Charley and Purce connected again in the 31st minute. The Thorns ended up winning 3-0.

Two crafty touches from Charley. Two smart finishes from Purce. Two black women putting on a show in front of 19,000 people. It felt like a moment.

“Because it is so rare, it’s kind of hard to ignore,” Purce said in a phone interview with All For XI. “I do think it’s something that you notice. I walked to the bench and one of my teammates said, ‘Look at that black girl magic out there.’”

In 2018, Adrianna Franch was named Goalkeeper of the Year, Imani Dorsey the 2018 Rookie of the Year, and Lynn Williams was a finalist for MVP. With more black players succeeding professionally in a white-dominated sport, it’s a good time to check in on the state of diversity and opportunity for black players in America’s top level of pro women’s soccer. All For XI reached out …

Black Girl Magic: Meet The Black Women Representing For The U.S. In Sunday’s World Cup Final
The Latest Dreams of Barbara Hillary, the First African-American Woman to Travel to the North Pole