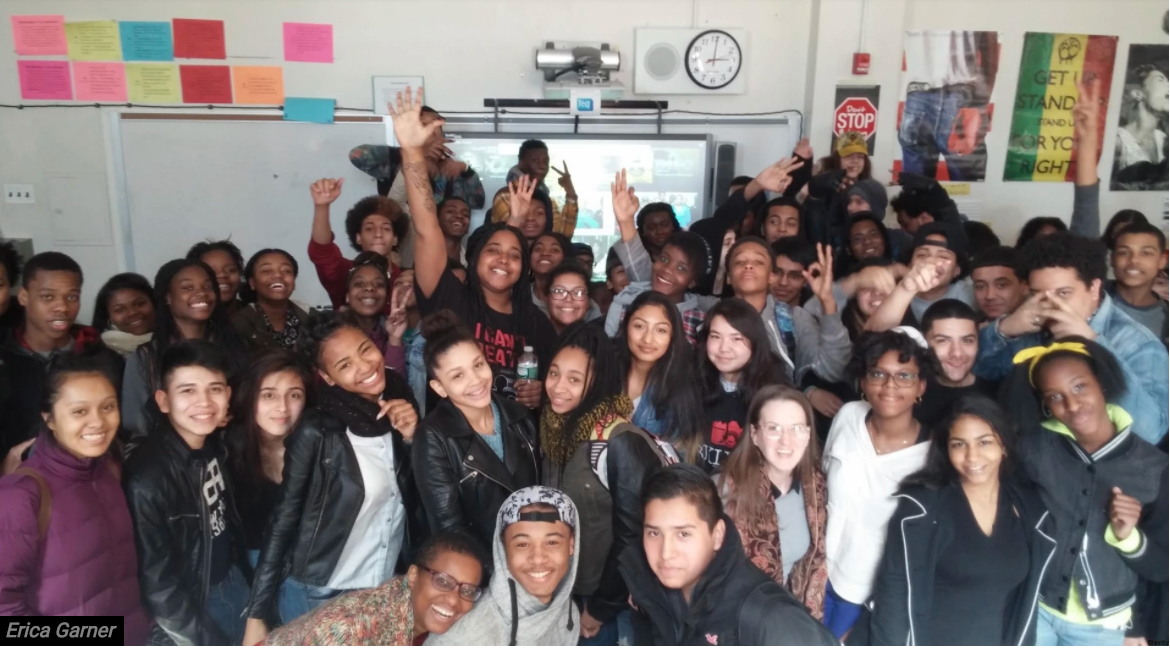 We are exclusively publishing the last essay Erica Garner wrote in which she calls for answers in the ongoing federal investigation into her father’s death.

Editor’s Note: The late Erica Garner was a mother, activist and the daughter of Eric Garner, who was killed by police in July 2014 after he was placed in an illegal chokehold by NYPD officer Daniel Pantaleo. Her father’s death brought unimaginable pain to Garner’s family and prompted protests nationwide for justice and against police brutality (Pantaleo is still employed by the NYPD). Erica was among the family’s most vocal leaders and she fought relentlessly, sometimes on her own and against all odds, to deliver justice in her father’s case, a mission she upheld until her untimely death on Dec. 30.

Erica passed away at the age of 27 after suffering a heart attack. She is survived by two kids, Alyssa, and and an infant, Eric, and a family that is too familiar with tragedy. In the three years after her father’s death, Erica marched, rallied, advocated, got involved politically and wrote essays calling on prosecutors to release their findings from a three-year federal civil rights investigation by the Justice Department into her father’s death.

Erica and her family met with federal prosecutors last July to demand answers about her father’s case. On Nov. 28, days before the three-year anniversary of the grand jury’s non-indictment in Garner’s case and just weeks before Erica’s passing, she wrote a letter articulating her frustration with the DOJ and the slow pace of the ongoing investigation.

Blavity has reached out to the DOJ to ask for an update into the investigation. We will update this piece should we receive a response. In the meantime, we exclusively received Erica’s essay and have edited and published it below. We are sharing it to ensure that Erica Garner’s voice is heard and her legacy lives on.

It’s been three years since the non-indictment of my dad’s killer and Daniel Panteleo, Justin D’Amico and other members of the NYPD police 120th precinct in Staten Island have yet to be punished in the role they played in my father’s death and my family has yet to see justice.

A few months back, me and my family sat directly across from federal investigators hoping to hear anything other than what we have been told since the day me, my, family, Reverend Sharpton and others demanded that the former Staten Island district attorney Daniel Donavan hand this case over to the federal government in Washington D.C. Since then Donavan has been promoted to Congress and our city’s own mayor Bill de Blasio has blocked any type of justice related to Eric Garner’s murder.  Many elected officials have said my dad’s name but aren’t fighting tooth and nail as I’ve done in the last three years for justice.

Our city’s mayor initially blocked the Right To Know Act, the release of Daniel Panteleo’s complaint records and refused to stand with the family during this year’s anniversary commemoration of my father’s death. In previous years, he stood in a black church in Staten Island and said my father’s life mattered and that a full investigation into his death will be done. Not only did he not stand with my family this year on the day of my dad’s death, but, to add insult to injury, he helped open a new police precinct on Staten Island.

Someone who was brave enough, leaked the complaint records of Daniel Panteleo and that person has since been punished and fired from the Citizens Review Board.

Having a strong Right to Know Act gives people who look like my father, mother, and cousins the right to know why they are being stopped or searched. Officers must explain why you are being stopped, they must provide business cards with their badge numbers and precinct information on them. These reforms will help to avoid situations like what occurred with my father, but Mayor de Blasio refuses to include these as part of his NYPD reforms.

My family has sat through two black federal prosecutors, Eric holder and Loretta Lynch, and still has yet to see justice in my dad’s case. The only answers we have received is that the investigation is still open.

We had hope two years ago when the Governor of New York, Andrew Cuomo, announced that he was is going to appoint a special prosecutor for investigating cases like my dad’s but that hope quickly died down. Unfortunately, that was only a temporary measure and has since expired.

So when me and my family got the call that new investigators were willing to meet with us, they were hopeful — but I, personally, thought it would be a waste of time. And surely it was a waste. During the hour long meeting, answers to our questions were avoided or simply told they weren’t at liberty to discuss the case with us.

I wasn’t enthused at all. They kept talking in circles, and not answering questions, until my son, who I was carrying in …

Continue Reading
You may also like...
Related Topics:Erica Garner, Essay

‘Santa can be any color’: Memphis’ black mall Santa brings visitors from across the South
Jenifer Lewis Writes Powerful Song In Response To The Latest American Mass Shooting