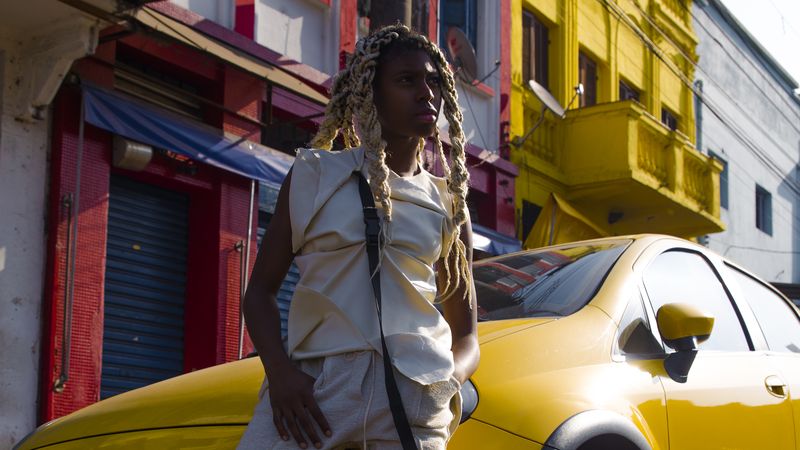 Soffia Rocha knew she wanted to be an emcee when she was just 6 years old. Her mom, Kamilah Pimentel, took her to a “Future of Hip Hop” workshop put on in their community on the outskirts of Brazilian megacity São Paulo, and it’s there that she learned how to DJ, rap, breakdance and do graffiti. Pimentel wanted her daughter to have a strong sense of identity and to give her the confidence to stand up for herself when she was confronted with racism and sexism.

“I was always thinking about what to do so that she wouldn’t suffer what I suffered,” Pimentel said. “I wanted her to accept herself and to be strong when she was faced with racism.”

Now that she’s 13, MC Soffia is known for performing during the opening ceremony of the 2016 Rio Olympics and dropping rhymes meant to empower young African-Brazilian girls to be proud of their skin color and their culture.

“There are a lot of girls who tell me that my music has helped them accept their natural hair, their bodies, their skin color,” Soffia said at a recent show put on by a cultural center for kids in São Paulo’s west end. “To me, it’s really important that my work is having that kind of effect, but at the same time I’m still having fun. I’m getting that message out, but I’m dancing, I’m singing, I’m having a good time. Because I’m still a kid.”

At the show, girls, mostly under 10, lined up in front of the area where Soffia was set to perform in a favela that is part of the neighborhood known as Vila Gomes. When she asked them to help her sing “Africa,” they happily screamed back the title of the song when Soffia rapped lines like, “where everything started” and “where my heart is.”

“Africa,” which pays homage to famous black Brazilian women, is one of Soffia’s most popular songs, along with “Menina Pretinha” (“Little Black Girl”). On the latter, which has more than 1.5 million plays on YouTube, she raps, “I’m black and I’m proud of my color/ My hair is dope, it doesn’t need a flat iron.”

Her first EP, which doesn’t have a name yet, is made up of four new songs that talk about “powerful girls, candy and dolls,” as she put it. The forthcoming collection was expected to be released this year, but her …