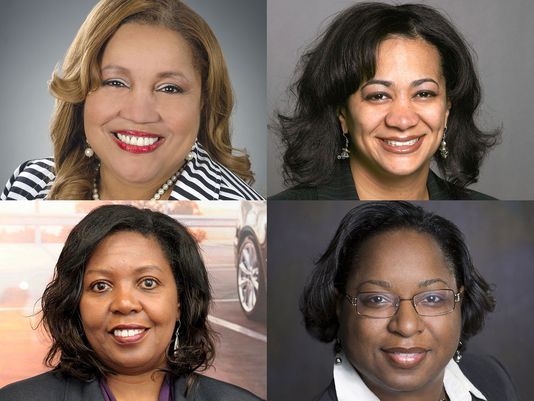 The audience of nearly 1,000 people cheered as local heroes, one by one, were called to be greeted at the front of the room by women who were cheered in years past.

Billed as an annual celebration of black female achievers, the Michigan Chronicle and Real Times Media’s annual Women of Excellence fete last week was so much more than that: It was a declaration that Detroit would no longer allow women doing great things to be “hidden figures.”

The women were directors of human resources and heads of bank departments and entrepreneurs and medical technologists and city government leaders and small business owners. While some were CEOs — and a few were well-known — many were among those who toil just below superstardom but help keep the region’s machines and companies and economy running.

It is one of the best events of the year. And it happens almost everywhere that Real Times’ media properties exist around the country.

“We love celebrating black women! Amen?” Hiram Jackson, publisher of the Michigan Chronicle, which sponsors the event. “This is my favorite program!

“In our community, people who do the real work, play by the rules, do everything that the community asks them to do, sometimes don’t get recognized,” he said. “Those of you who are in corporate America … you do the corporate politics and don’t get the career you think you should get. But you’re successful. You entrepreneurs fighting every day to make it happen, struggling to make payroll. You’re successful. Those of you who work in the nonprofit community. You’re successful! This is your night! This is an opportunity for your community to come together and say ‘We love you, and we see you.’ ”

Read More: Celebrating African-American women of substance — and challenging them to pay it forward

Continue Reading
You may also like...
Related Topics:Detroit women

Support us on Indiegogo!
America Has Never Had a Black Woman Governor. Stacey Abrams Has Something to Say About That.