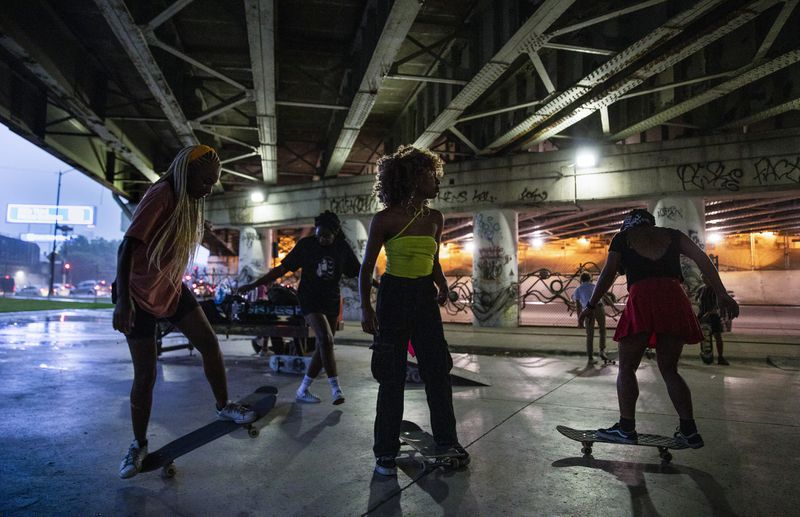 By DARCEL ROCKETT and CAMILLE FINE via https://www.chicagotribune.com

Tuesday nights at Chicago skate parks are long, but exhilarating for the members of froSkate. It’s boisterously energetic, but in a mellow, “do you” kind of way. Hugs and smiles go around equally to newcomers and regulars about as often as their wheels, which find every nook and cranny the concrete has to offer.

From 7 to 11 p.m., they grind, ride, roll, fall and conquer a scene traditionally dominated by men. . Some are just starting out, others are more seasoned — ages range from teens to 30s — but nearly all are women of color and members of the LGBTQ community.

“Support is everything,” said Chatham resident Mia Ingram, 22. “Representation is real. It’s like a wow factor seeing a black woman with a skateboard.”

Founded in April, with the first official meet-up in late May, froSkaters gather throughout the city — at Roberto Clemente High School, Logan Boulevard Skate Park and Wilson Skate Park …