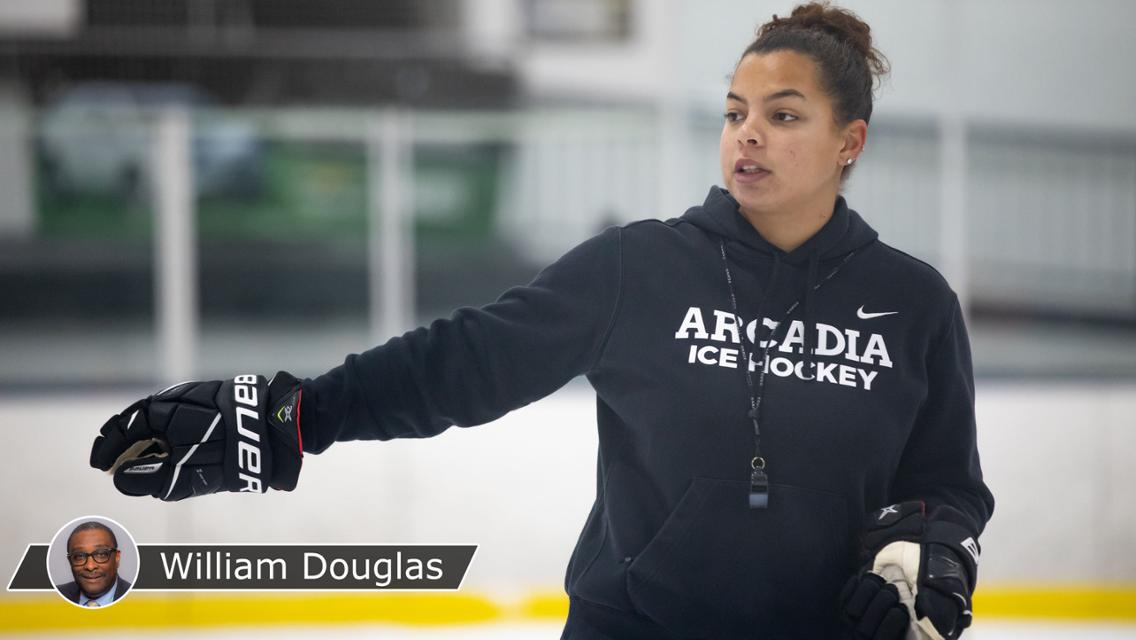 by William Douglas via https://www.nhl.com/

William Douglas has been writing The Color of Hockey blog for the past nine years. Douglas joined NHL.com in March 2019 and writes about people of color in the sport. Today, he profiles Kelsey Koelzer, who experts say is the first Black female head coach in NCAA hockey.

Kelsey Koelzer is used to being a trailblazer from her youth hockey days to becoming the first Black woman selected No. 1 in the National Women’s Hockey League Draft by the Metropolitan Riveters in 2016.

Arcadia, located outside of Philadelphia, lost its inaugural game 5-0 to Worcester State University on Saturday and lost 3-2 in overtime at Hatfield Ice Arena in Colmar, Pennsylvania, on Sunday.

For Koelzer, the weekend games ended two years of building the Arcadia women’s program from scratch and started a new chapter in her hockey career.

“It’s exciting,” she said. “It’s obviously different from what I’m used to. You have a leadership role as a…