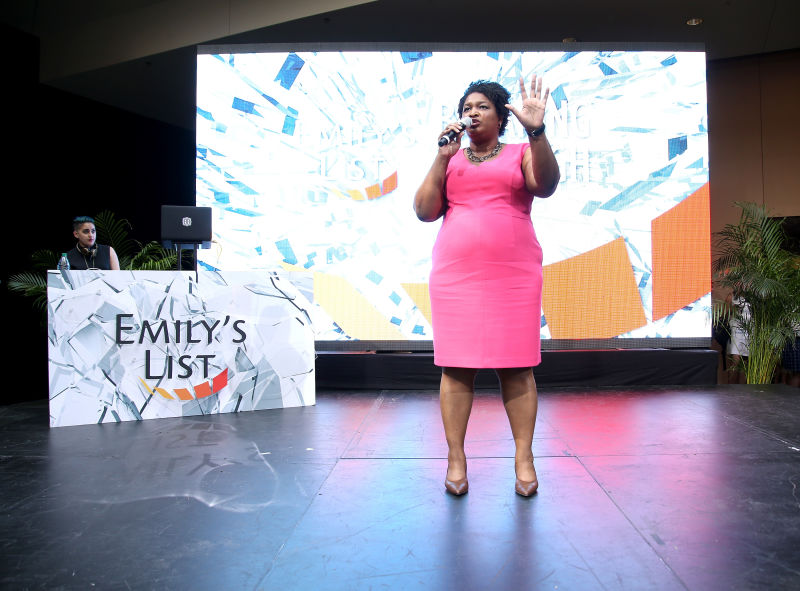 I never thought it would happen, but Georgia has virtually become the first state to elect a black woman as governor. It was one thing for Barack Obama to get elected president. He ran for office while America was in ruins after George W. Bush’s ragged economy and costly financial wars. Sarah Palin’s candidacy for GOP veep proved to be a nightmare, and Michelle Obama was the real-life Clair Huxtable everyone wanted as first lady.

Even the other few black governors in recent history, like Massachusetts’ Deval Patrick, were elected in ultraliberal places. Doug Wilder? His election to governor was 25 years ago by a hair in Virginia.

I will kill any tax legislation that benefits @Delta unless the company changes its position and fully reinstates its relationship with @NRA. Corporations cannot attack conservatives and expect us not to fight back.

Cagle got his wish when Georgia’s Republican-controlled Senate passed a new “tax reform” bill that will hit Delta with an additional $40 million in state taxes.

This is the same Delta Air Lines that employs 33,000 people in Georgia, provides over $300 million annually through taxes to Georgia state and local governments, and donates over $12 million a year to charities, nonprofits and educational programs. This also happens to be the same Delta Air Lines that gave 60 percent of its political contributions to Republicans in the 2016 cycle.

You know that phrase, “Cut off your nose to spite your face”? This move by Republicans in Georgia is like castrating oneself to spite an ex-girlfriend. The state GOP has just shot itself in the foot, which only helps Stacey Abrams run a little bit faster.

Sucker punching the state’s biggest economic engine may be a short-term boost for Casey Cagle among the far-right pro-guns-on-planes-and-in-churches GOP primary voter, but it will blow up in his face when he faces Abrams in the general election.

Abrams has been leading her primary opponent Stacey Evans in the polls for months, out-raising her, out-campaigning her and getting much more national attention. In fact, the only area where Evans seems to have taken the lead over Abrams is among the very small Martin Luther King Jr. blackface constituency, which I’m pretty sure won’t be enough to pull off an upset.

Now that guns are in the picture, the gap between the Democratic candidates will get even wider. Abrams not only publicly applauded Delta’s stance against the NRA but also boasted about how she’s never …

Continue Reading
You may also like...
Related Topics:Georgia, Stacey Abrams