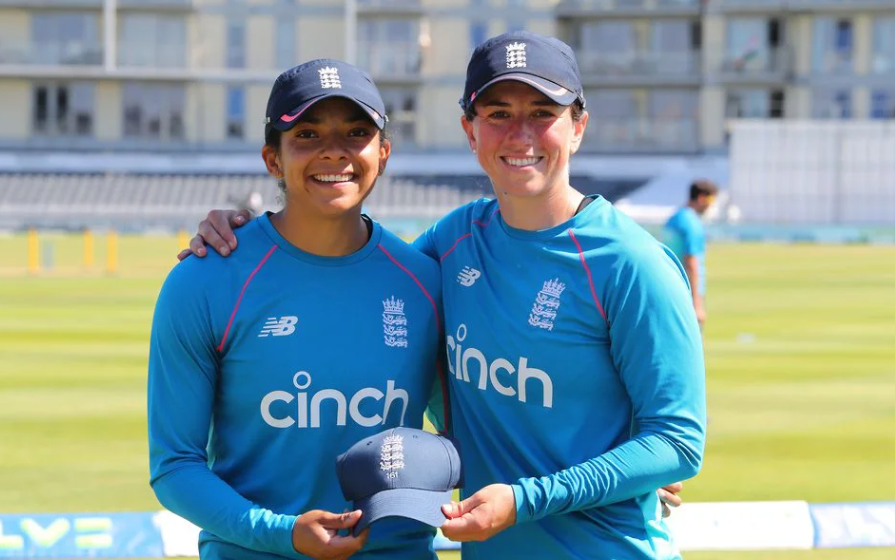 By Regina Porter via https://www.theguardian.com/

All-rounder Sophia Dunkley has made history by becoming the first Black woman to play in a Test match for England.

he 22-year-old was presented with her first cap today by Georgia Elwiss at the County Ground in Bristol.

Dunkley, who has already made 15 T20 international appearances for her country, received words of encouragement from Ebony Rainford-Brent –– the first Black woman to play white-ball cricket for an England…