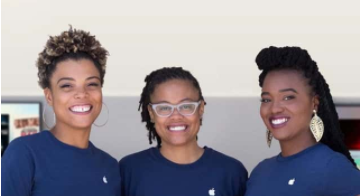 I try to make sure my daughter has role models for her gender and ethnic background, but that’s not easy in Silicon Valley

Silicon Valley has been under a major microscope in the last few years for its diversity failures, highlighted most recently by a memo from a (now former) Google engineer who made some rather questionable observations about the differences between men and women.

Earlier this year, my colleague Carolina Milanesi, a principal analyst at Creative Strategies, wrote a piece on diversity for our blog, which you can read below. Carolina’s article is spot on and while it focuses on race, it also covers key issues about woman in tech. I feel that in light of the current developments here in Silicon Valley, her piece is a important reminder that tech needs diversity more than ever. – Tim Bajarin

It should come as no surprise that tech is a big part of my life, not just my job. As such, many of the books around the house, podcasts I listen to, and documentaries I watch are tech-related. If you read my earlier column, you also know I have a 9-year-old daughter who is mixed race. So as a mom, I always try and make sure my girl has role models for her gender and ethnic background. When it comes to tech, however, finding names of black leaders is still not easy.

Let’s Look at the Numbers

The most recent Apple Inclusion and Diversity Report shows black employees make up 9 percent of the current workforce and 13 percent of new hires. When looking at leadership, however, that 9 percent drops to 3 percent, a number that has not changed since 2014.

Amazon’s workforce is 21 percent black with 5 percent in management, though many work in warehouses and other low-skill jobs, The Seattle Times reportedin 2015.

It’s hard for me to look at these numbers and feel encouraged about how inclusive tech really is and what opportunity my daughter will have in it.

The Diversity Wheel was created by Marilyn Loden in the 1990s to better understand how group-based differences contribute to people’s social identities. There have been several iterations of the diversity wheel, but the most common is made of three circles:

Educational background is one of the external dimensions that contributes to people’s social identity. A recent report by Georgetown University said that, while the number of African Americans going to college has never been higher, African-American college students are more likely to pursue majors that lead to low-paying jobs.

Even those who do major in high-paying fields typically choose the lowest paying major within them. For example, the majority of black women in STEM …