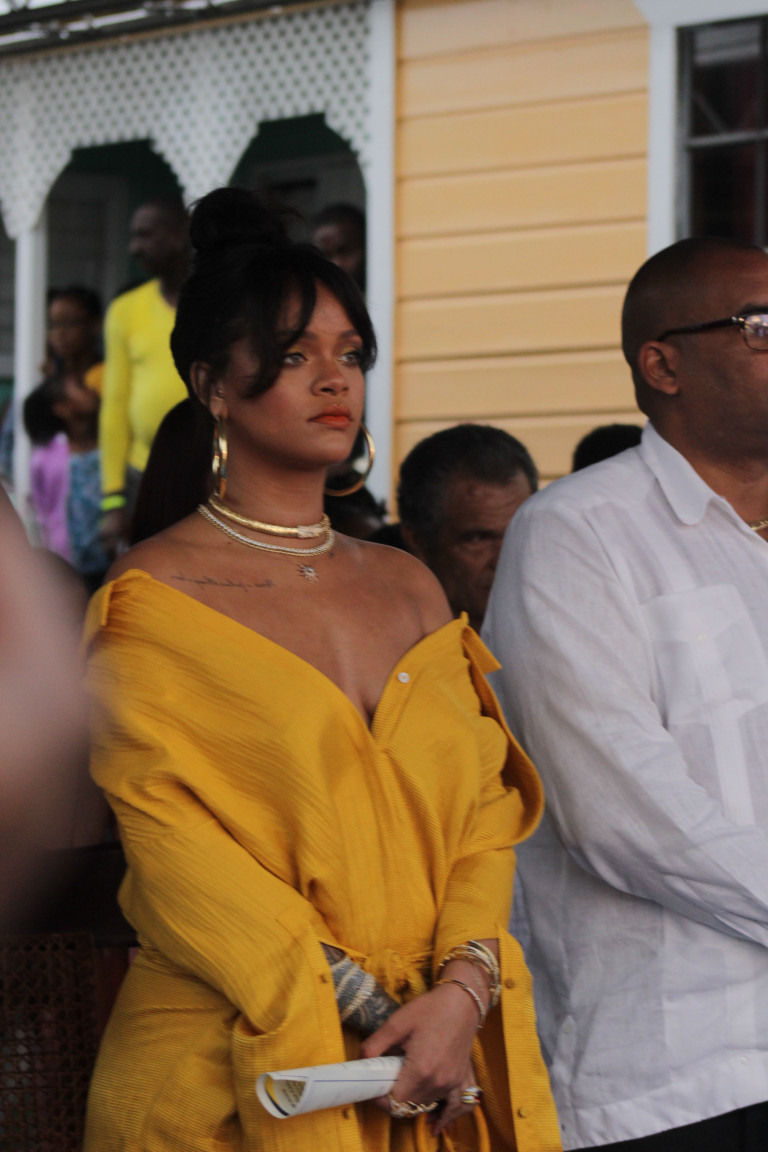 Robyn “Rihanna” Fenty can finally tell someone to “shut up and drive” on her own damn street.

During Barbados’ 51st anniversary of independence yesterday, the singer was honored with a street named after her.  But this is not just any street, it’s the same street the “Good Girl, Gone Bad” grew up on. Formerly known as Westbury New Road, the street is now called Rihanna Drive in the island’s capital of Bridgetown.

“My dreams were born on this very street right here and I know that saying ‘Believe in your dreams’ sounds cliché, but I guarantee you the only thing that got me where [I am now] was believing in my dreams,” Rihanna said during the naming ceremony, The Barbados Advocate reported.

The street sign was unveiled by the 29-year-old and Prime Minister, Honourable Freundel Stuart of Barbados.

Rihanna shared a picture of the brand spankin’ new sign on Instagram with the caption, “On any block.”

Is that a milly rock challenge on Rihanna Drive?  If so, accepted.

During the rainy day ceremony which continued into the evening, Rihanna was moved to tears while watching young girls hold signs that spelled her name and honored her contributions to the Caribbean island.

Rihanna has always been proud of her Barbadian roots. Haven’t we all seen her visiting the island multiple times each year to connect with family and friends? And also to stunt at the annual Kadooment Day street party? It is the love of her country that makes her return the love with this type of honor. Although she is best known for being a singer, Rihanna has also grown to become an …

Please read original article- “My Dreams Were Born On This Very Street:” Block Rihanna Grew Up On In Barbados Is Renamed In Her Honor

Continue Reading
You may also like...
Related Topics:Barbados, Rihanna