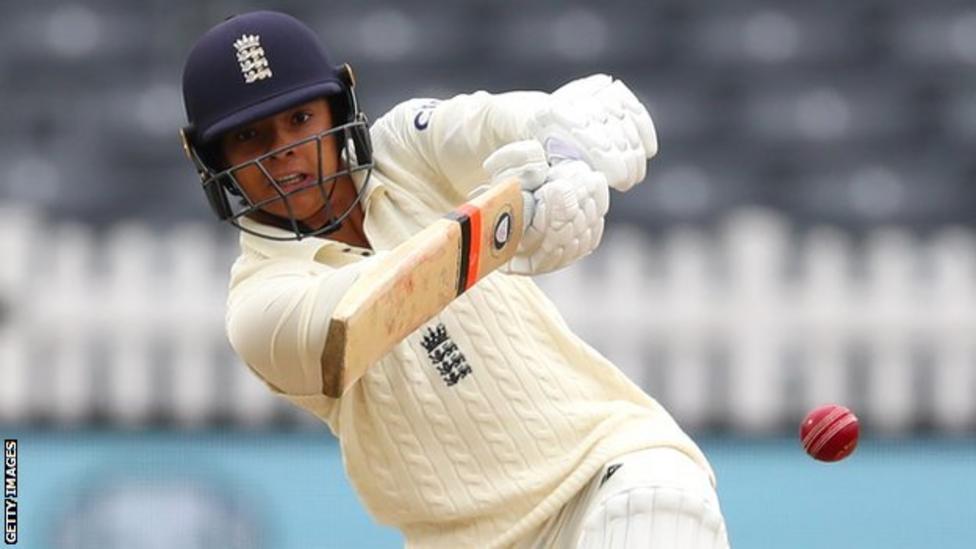 Sophia Dunkley made an unbeaten 74 on her England Test debut last month.

That is momentous enough, especially at just 22 and in a format not regularly played in the women’s game.

But the match had the added significance of Dunkley becoming the first black woman to play Test cricket for England.

“I’d argue it’s more important than anything that happens on the pitch,” she told BBC Sport.

“It was one of the highlights of my small career so far.”

Dunkley, who grew up in north London, says she does not feel any pressure despite her position.

“It is just nice to have any positive influence that I can. If that comes through playing, brilliant,” she told Ebony Rainford-Brent, who was the first black woman to play for England. Rainford-Brent won 22 one-day caps and seven Twenty20 caps, but never played a Test.

“To me that doesn’t even feel like a task; it’s just what we do,” said Dunkley.

“If it does inspire any boys or girls that’s amazing, but anything I can do to try and make an impact…