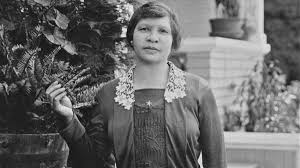 By Camille Caldera via https://www.usatoday.com/

The claim: Charlotta Bass was the first Black woman to run for vice president.

In the months since former Vice President Joe Biden tapped Sen. Kamala Harris to be his running mate, the prosecutor-turned-senator has become a household name.

Her success, though, has also rekindled recognition for another woman: Charlotta Bass.

A post on Facebook seeks to counter claims that Harris is the first Black woman to run for vice president.

“How Can Harris Be The 1st Black Woman to Run for VP? or Person of Color?” the post reads. “MEET Charlotta Bass.”

Black Women Among America’s Most Active Voters
Meet the First Black Woman to Represent the U.S. at the Art World’s Biggest Fair