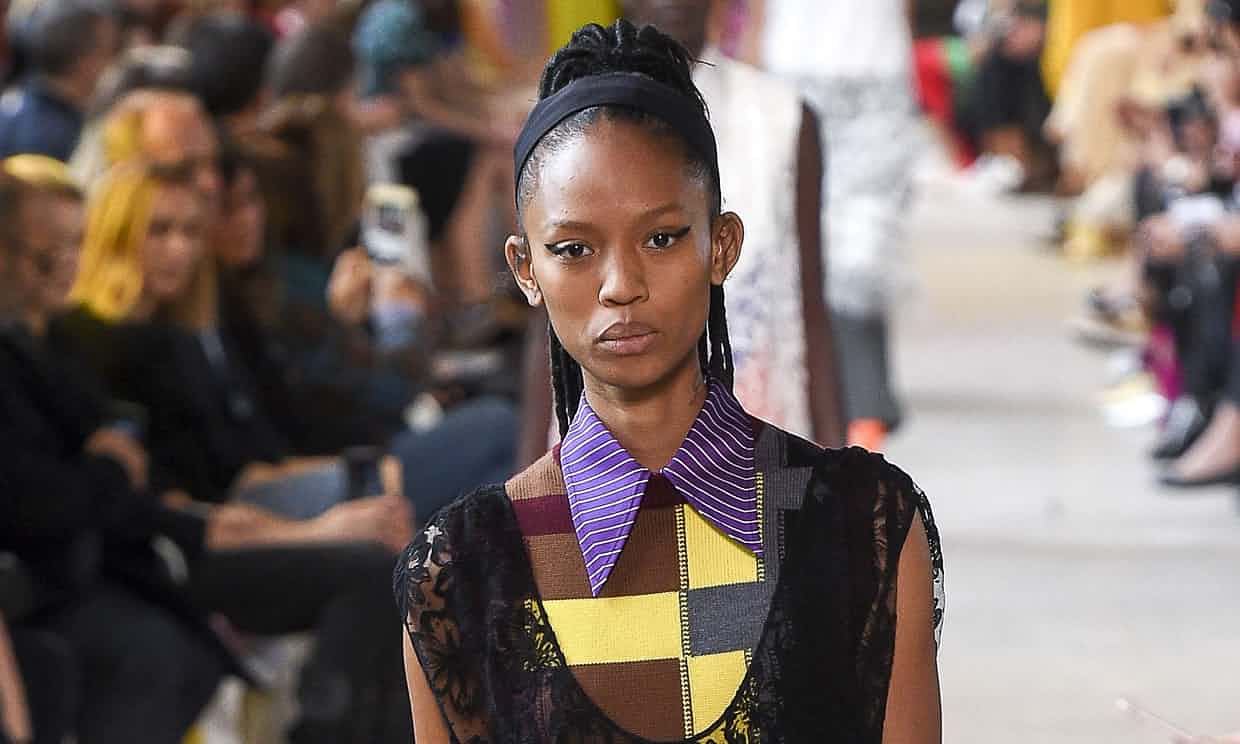 There’s a lot of politics tied up in black hair, says Miu Miu model Adesuwa Aighewi, but nothing should stop self-expression

When I got my hair dreadlocked ahead of New York fashion week, I had some pushback from people in the industry worried that I wouldn’t get jobs – the suggestion was that I might look “too black”. But I enjoy being different and standing out – so I decided to keep them and take my chances.

Two days later, my agents in New York called to say Coach had cast me to open their spring/summer 2018 show at New York. I couldn’t believe it – I’ve walked in other shows in the past, but this was a career-changer. I went on to walk for Miu Miu in Paris and Bottega Veneta in Milan, which is a classic Italian brand not known for using edgy models. I was thrilled – a girl with dreads walking for brands like those, that’s crazy.

There’s a lot of politics tied up in black hair. When Marc Jacobs sent a bunch of white girls down the runway with dreads and everyone cried “racism”, I didn’t see it that way. Actions like his create normalcy, so now if we black girls want to wear dreads in the workplace, then white people aren’t going to call it “ghetto”. The labelling of Kim Kardashian’s cornrows as new and edgy “boxer braids” is a slightly different story – it shows no respect for the hairstyle’s cultural heritage and people were right to be angry.

Dreads do still carry negative connotations in society, at least in America. Remember when actor and musician Zendaya had dreads and US TV host Giuliana Rancic said she looked like she smelled of marijuana? But just because some people assume having dreads means you must be a weed smoker – which I’m not – it wasn’t going to stop me getting them. I’ve always been keen on changing up my look and my hair; for me it’s about self-expression.

In the past, fashion liked black girls to have really long weaves, or really straight hair to emulate white women and “fit in”. It’s something that affects female models far more than men. But more recently, black women have been saying, “No, I’m not going to straighten my hair.” There is a growing sense of pride in African Americans and it’s having a trickle-down effect into fashion.

Fashion doesn’t create trends, it follows, so it makes sense that right now they’re casting more black and Asian models due to our buying power as a collective. But without many of us working at the shows, hairstylists sometimes struggled to know what to do with our hair. It’s a catch-22: they’re hairstylists, so they should know how to work with black hair, but a lot of the time they’re scared because they don’t want to be the one who messes up the black girl’s hair. I’ve been …

Please read original article- The fashion industry said my dreadlocks would stop me working. They were wrong

A photographer unexpectedly snapped her picture at homecoming. Then, modeling agencies called.
Step into Who You Are – Embrace and Love Your Natural Hair