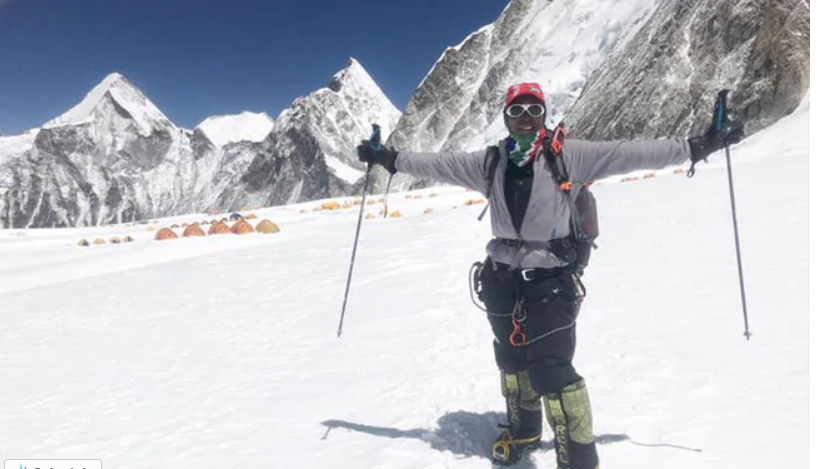 Saray Khumalo is on a quest to conquer the highest peaks on each continent.
JOHANNESBURG:

The business executive who became the first black African woman to climb Mount Everest said Wednesday that knowing her climb would be in the record books helped her push on to the top.

“Giving up is not an option,” Khumalo told South African television from Kathmandu in Nepal.

“I was aware, taking on the project, that it was big and it needed to be done. I think that was one of the reasons I kept pushing, even after failing before.”

Khumalo is on a quest to conquer the highest peaks on each continent.

She has also climbed Mount Kilimanjaro in Tanzania, Aconcagua in Argentina and Mount Elbrus in Russia.

These Women Realized There Wasn’t A Space For Black Women Within Group Travel — So They Made One
“I am a woman and I am fast”: what Caster Semenya’s story says about gender and race in sports