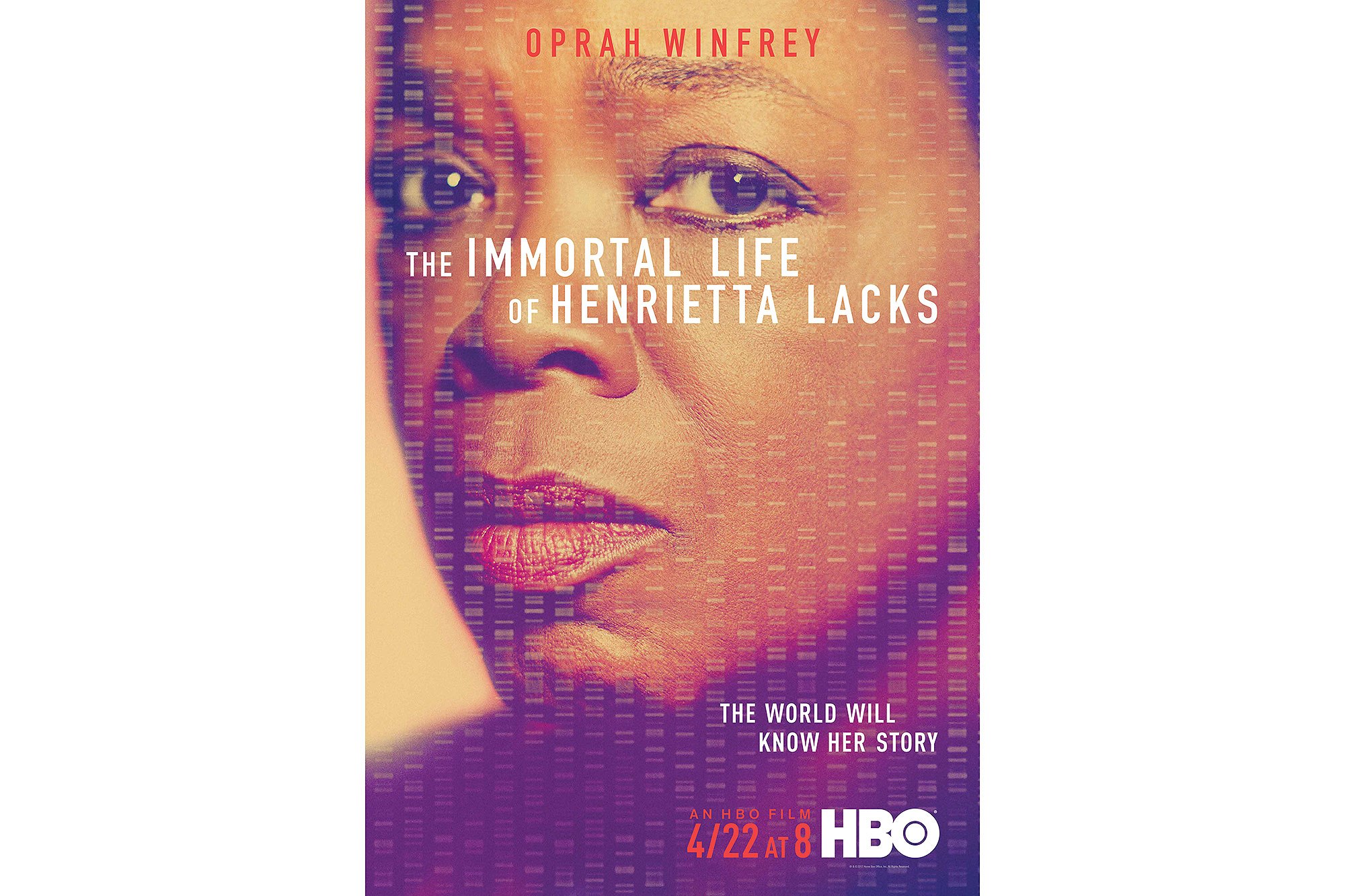 The fascinating story of Henrietta Lacks‘ life and legacy is less than a month away from making its small-screen debut.

Ahead of the HBO biopic’s premiere, PEOPLE can exclusively reveal a First Look at the powerful character posters for The Immortal Life of Henrietta Lacks, an adaption of Rebecca Skloot’s 2010 critically acclaimed book of the same name.

The film tells the true story of Henrietta Lacks, an African-American woman whose cervical cancer cells were used without her consent to create the first immortal human cell line, HeLa, in 1951.

Oprah Winfrey plays protagonist Deborah Lacks, Henrietta’s daughter. (Winfrey, 63, has long been involved with the project and signed on as an executive producer when the book’s film rights were first acquired in 2010.)

Tony Award-winning Hamilton star Renée Elise Goldsberry will play Henrietta, though only in flashbacks — the story is told through Deborah’s eyes. It chronicles her search alongside journalist Skloot (Rose Byrne) to learn about the mother she never knew, exploring how the unlicensed harvesting of Henrietta’s…