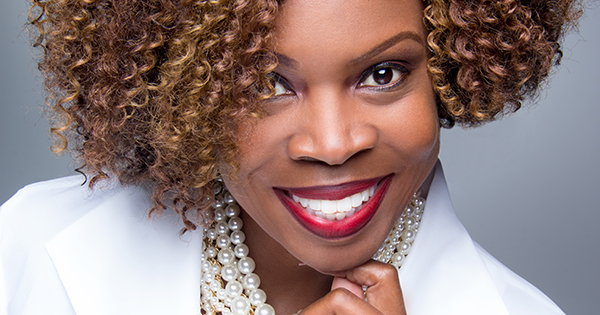 The new book, entitled Flawed Flesh, Perfect Purpose, is a compilation of thought-provoking and engaging short stories encouraging readers to utilize their fears, setbacks and failures to propel them towards living a life of purpose.

In Mims’ powerful story “Unveiling Your Purpose Isn’t Rocket Science,” she takes readers on a voyage throughout the successes and failures of her more than 25 years in the field of STEM – Science, Technology, Engineering and Mathematics.

Mims comments, “We must understand that failure is our friend and not our enemy. In life, we will fail often; however, always endeavor to fail forward. In failing forward, your vision is illuminated and your unique purpose is unveiled.”

About The Author
The movie Hidden Figures highlights the historical women of color whose meticulous calculations helped the U.S. catch up in the “space race” and send John Glenn into orbit around Earth. But NASA had many such “hidden figures,” and one of the most notable is former Rocket Scientist, Jacqueline Mims, who was the first African-American civil servant to be certified as a spacecraft ground controller for NASA Goddard Space Flight Center’s unmanned spacecraft.

Mims developed an early love affair with NASA, becoming an administrative assistant in NASA’s co-op program while still in high school. After she earned an Honors Bachelor’s degree in Computer Science and Business Administration from Towson University, she worked at NASA as a Aerospace Technologist, programming data telemetry processing systems on board in-orbit satellites, which enabled the world to see graphical images of outer space; and later as a spacecraft controller of Small Explorer satellites.

You can read more about Mims’ inspirational story in Copa Style Magazine at www.copastyle.com/jacqueline-mims.html

As a STEM Advocate, Empowerment Speaker, Coach and Trainer, Mims is focusing her energy on helping to build the pipeline of qualified minority candidates in the ever growing global …

Continue Reading
You may also like...
Related Topics:Jacqueline Mims, STEM

Tracy K. Smith, US Poet Laureate, Starts Rural Reading Tour in New Mexico
This School Counselor Got The Surprise Of A Lifetime When Michelle Obama Called Her Phone