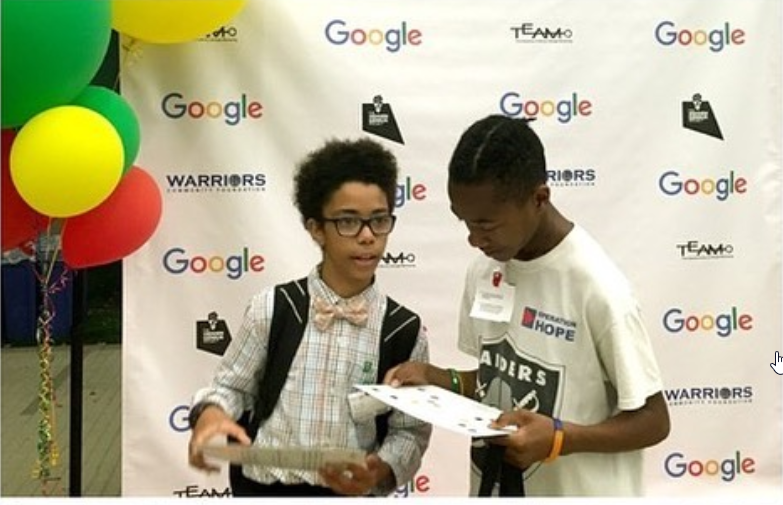 On October 27, the tech giant announced a $1 million grant to The Hidden Genius Project, an organization working to increase the representation of young black males in the industry.

The Oakland-based group mentors black boys and equips them with the skills they need to help shift perceptions of computer scientists and inspire future technologists. Google’s grant will go to helping The Hidden Genius expand to new cities, train more staff and impact more young people to encourage them to pursue careers in tech.

BIG NEWS: A Tech Slam Dunk – Helping Students Discover Code with The Hidden Genius Project… Thank you Google.org for your continued investment and support of our work. Click the link in our profile for the full announcement about this game-changing partnership with @Google @warriors @weareteaminc #RevealingGenius #TechSlam

Justin Steele, Principal at Google.org in San Fransisco, said in a statement that he learned about the non-profit when they become finalists in the 2015 Google Impact Challenge. Since the group won $500,000 from that competition, The Hidden Genius Project has reached more than 1,700 Bay Area students through their bootcamp program, mentorship and career events and workshops.

“This work builds on over $35 million in Google.org grants focused on providing opportunities for underrepresented students to become pioneers of technology, and we’re excited to see how The Hidden Genius Project uses this new grant,” Steele wrote. “While we don’t expect all students to pursue a career in tech, we know the skills they learn will serve them well no matter what job ignites their passion.”

Google, like many tech companies, has a long to go when it comes to achieving an inclusive workforce. Their latest diversity report, released in June, shows that the number …

Continue Reading
You may also like...
Related Topics:Google, STEM