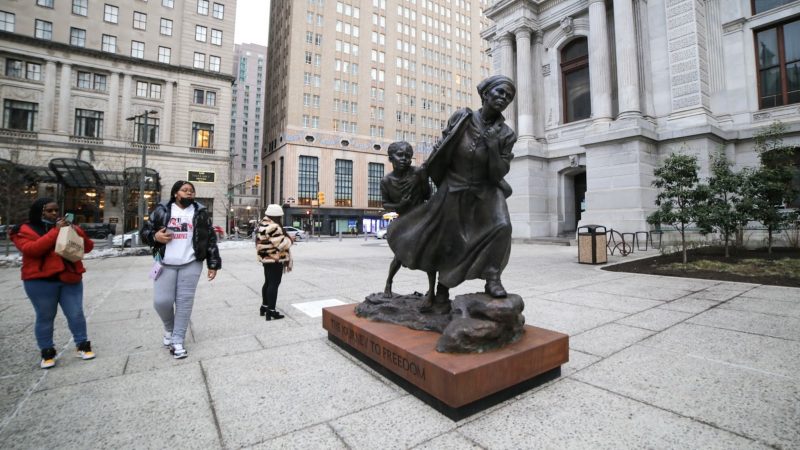 by Conrad Benner via https://billypenn.com/

You can count the city’s statues of women in history on one hand.

Philadelphia last week unveiled a temporary monument to American abolitionist and political activist Harriet Tubman. Titled “The Journey to Freedom,” the statue will stand on City Hall’s north apron through Black History Month and Women’s History Month, then depart for New York as it continues its trip around the U.S.

The traveling sculpture by artist Wesley Wofford, whose local stay through the end of March was organized by Philadelphia’s Office of Arts, Culture and the Creative Economy, is significant.

This temporary tribute to Tubman is only the third statue of a historical woman in the entire..