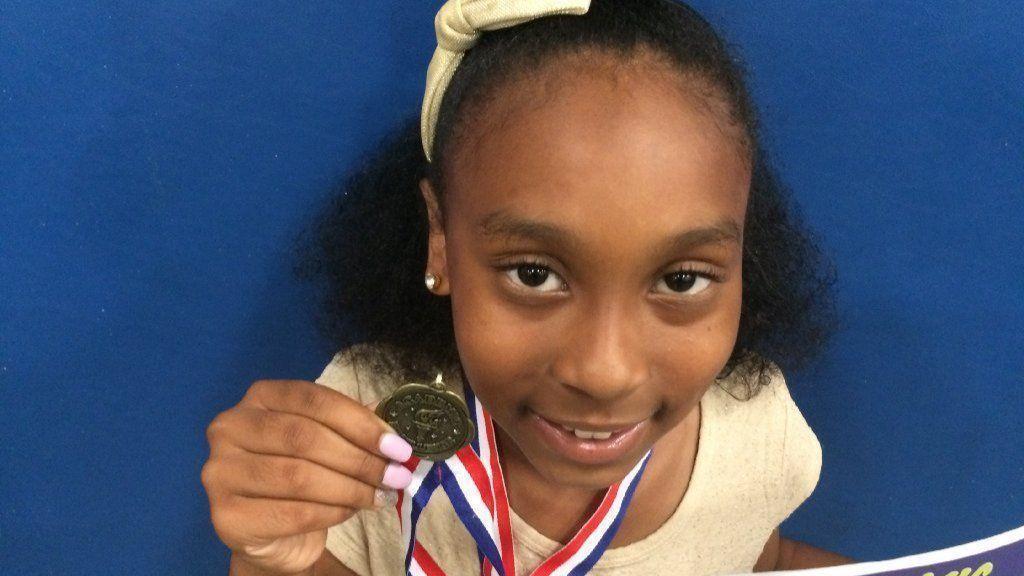 By Malinda Janay via https://blavity.com

“I want everyone to know me when they see me. I want people to say, ‘Oh my gosh, that’s Na Kia Boykin!’

By now, we know that Black Girl Magic is indeed genetic, passed down from generation to generation. Virginia third grader Na Kia Boykin proved this to be true when she scored a perfect score of 600 on her mathematics Standards of Learning (SOL) test. What makes her success even sweeter is she seems to be following in the footsteps of her great-grandmother, NASA’s “human computer” Katherine Johnson.

“I like math because I can look at a problem and figure it out,” Na Kia explained after being honored at a school assembly, according to the Daily Press. “You can just look at the problem and do it. You use the numbers, and you use your brain. It’s a good challenge.”

Many learned of Johnson’s contributions to mathematics and engineering on a full-scale thanks to the 2016 movie adaption of the best selling book Hidden Figures. Now, the mathematician (who turns 100 years old this August) has found her rightful place as an icon for women in STEM disciplines. Her great-granddaughter is taking pride in keeping her legacy going.

“Na Kia definitely looks up to her,” Na Kia’s father, Douglas Boykin, the son of Katherine Johnson’s middle daughter, said. “My grandmother is getting up there, and they’re not the same conversations that I had with her growing up, but it means a lot …

Continue Reading
You may also like...
Related Topics:Na Kia Boykin

The Hidden Figures effect: inspiring a new generation of women
LIST OF THE MOST INFLUENTIAL BLACKS IN TECHNOLOGY