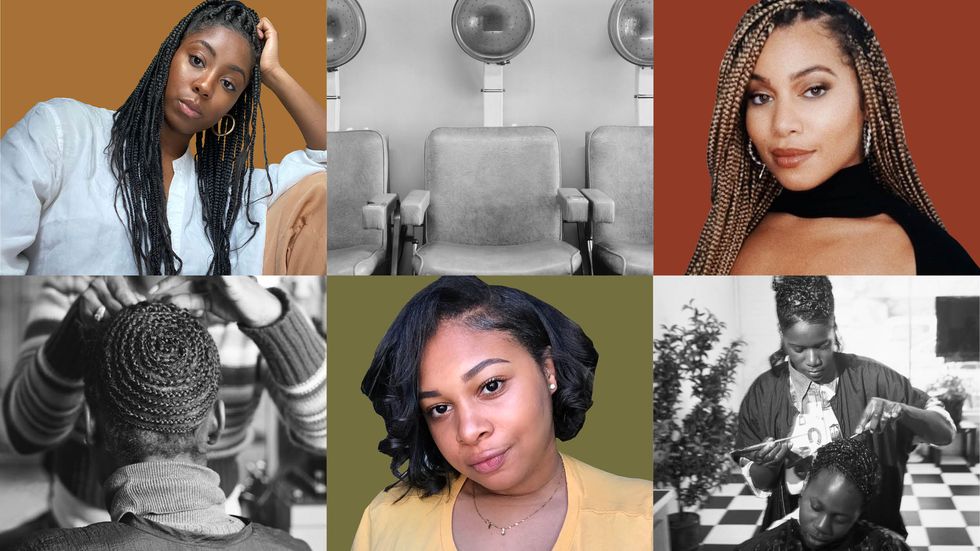 BY CHLOE HALL via https://madamenoire.com/

For some it’s an added stressor, but for others it’s a time to reconnect with their hair.

Going to the salon is an event for many black women. The salon is a place of community, therapy, and ritual for a hair strand that is often overlooked and mistreated. On a recent episode of Blackish, youngest daughter Diane has her first experience in the salon where she also receives her first relaxer and is immediately brought into the day-long epic that is common at a black beauty salon. Black Girl Church, a documentary about black women and their relationships to beauty supply stores and the salon experience, treats the experience as a near-religious ceremony and a sanctuary for one of the most marginalized communities. And in late 2016, #BlackSalonProblems began trending on Twitter as women shared their horror stories, which mostly followed the same plot. (Who knew everyone would want a straight look like Beyoncé’s but always ended up looking more like James Brown?)

But when COVID-19 shut down all non-essential businesses—salons and black beauty stores among them—many black women were forced to take matters into their own hands. “Eighteen hours to braid my hair?” Makeup artist and producer Diamond Hawkins said in an email to ELLE.com. “Not a big fan of that!”

To echoe Hawkin’s sentiment: I am also not a big fan of that. I’ve never had to do my own hair before, but the pandemic has forced me to tirelessly learn how to install twists without the help of a stylist, who has the touch that I just don’t…

Read More: How 9 Black Women Are Taking Care Of Their Hair In Quarantine

Continue Reading
You may also like...
Related Topics:hair, quarantine

PRIOR TO COVID-19, DR. KIZZMEKIA S. CORBETT WAS FORMULATING SUCCESS AS A BLACK WOMAN IN SCIENCE
Pine-Sol & ESSENCE Team Up To Support Black Woman Entrepreneurs With The “Build Your Legacy” Program