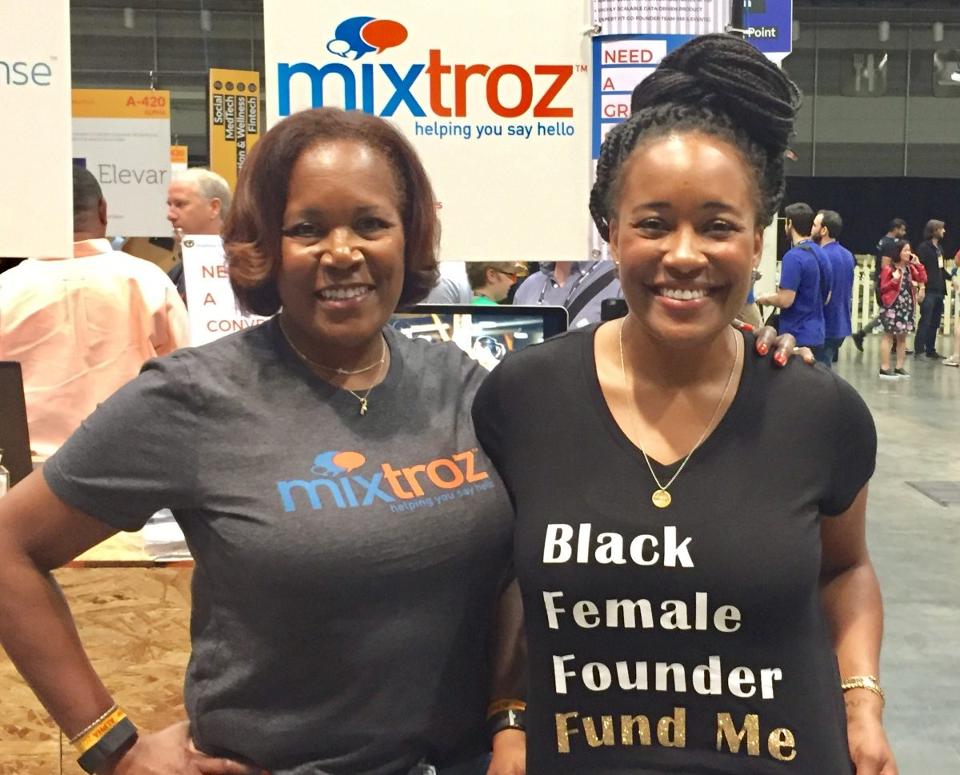 Within moments of arriving at the Collision tech conference, I met two women with t-shirts that read,

The duo in question is a mother-daughter team, Ashlee Ammons and Kerry Schrader. Together they founded Mixtroz, an app designed to help people connect at conferences. They are currently in the process of seeking angel investors.

Schrader explained that the shirts helped overcome a common challenge they’ve found at conferences. “People don’t recognize us as people in tech. They either think we’re billionaires or staffing the venue.”

The pattern of women – particularly women of color – being underrepresented in an industry often means that the women who are in the industry end up being overlooked. This affects women in many male dominated fields.

A Latina attorney recently told me she regularly gets asked if she’s a “booth babe”, hired to sell products to law firms when she attends conferences. The conference attendees have an unconscious bias about what a lawyer should look like, and it doesn’t include Latina women. In the same way, it doesn’t…