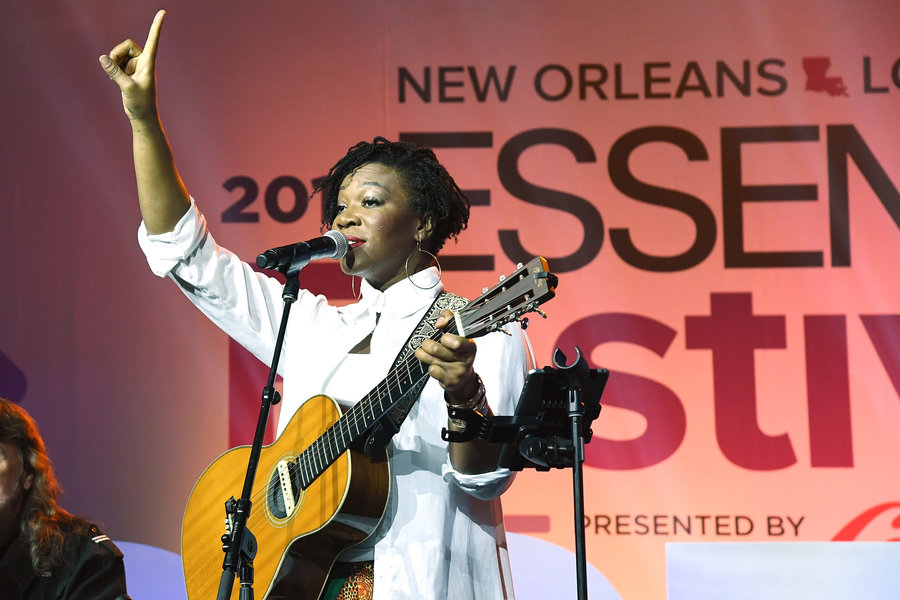 The singer believes there’s a basic need in Black consciousness that’s not being addressed.

India Arie was 25 years old when she first came into the music business. Labeled a neo-soul singer, the talent who has the ability to write, sing and play the guitar, was pigeonholed. The complaint is made by many artists, that the label or some other external force put them into a box. But spend ten minutes with Arie, and it’s clear, she’s so much more than a singer.

On Friday, Arie’s first extended play dropped called SongVersation. Admittedly, the name may sound a little kumbaya-y, but the singer explained that 1) She doesn’t care and 2) It’s the literal meaning of what the album is suppose to do for the listener.

“You wash your hands when you shake a bunch of hands. You have to wash your energy when you’re around people. It’s hard for me to say self-care is washing, although, I think it is.”

“So I made music for self-care. That’s what it’s for. That space whether you get a yoga mat or not, and it’s meant to create an energy in the room. I don’t know what anybody’s gonna see —but that’s my intention.”

Naturally, the conversation transitioned from self care to coping with everyday violence and pain we witness as Black Americans. As one of the most woke artists we know, it was surprising to hear that she doesn’t love the term.

“I’m actually not a fan of the word ‘woke’,” said the 40-year-old. “I think the connotation of that means being socially aware, which is a beautiful thing to be. But it does not take into …

Please read original article – India Arie And How The Most Woke Singer We Know, Isn’t A Fan Of The Word

Halle Berry : My Undying Wish Is To Play Angela Davis In A Biopic
Tina Knowles-Lawson: I Taught My Daughters ‘From Day One’ That Black Is Beautiful