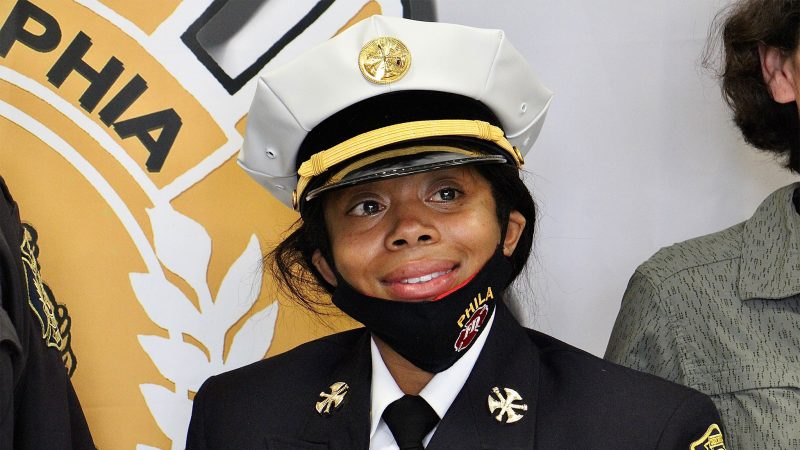 By Michaela Winberg via https://billypenn.com/

A hundred and forty-nine years after it was founded, the Philadelphia Fire Department has its first Black woman battalion chief. Formerly Captain Lisa Forrest, she took the oath of office and put on her new uniform for the first time Tuesday, joined by dozens of family members and friends.

“Although I’m the first, I am looking forward to more coming behind me,” Forrest said. “This is the start of some more to come. That’s what today is.”

Of the roughly 70 battalion chiefs in Philly, Forrest is only the third woman. The department is 12% women overall, per spokesperson Kathy Matheson.

“I’m almost speechless to be a part of such a historic day,” said Fire Commissioner Adam Thiel. Forrest earned the promotion, he continued, “not just with her leadership in the field, but also…in the community.”

Forrest has a decorated history with the department. The 39-year-old Mount Airy native graduated from the Fire Academy in 2003. Ten years later, she became the first Black woman…