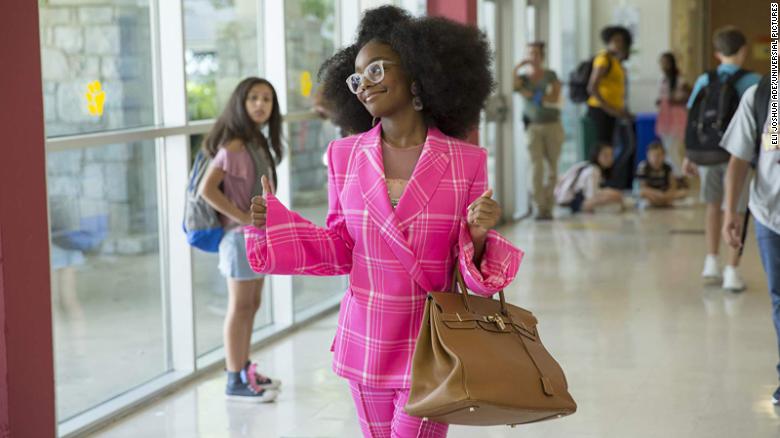 By Lisa Respers France via https://edition.cnn.com

Marsai Martin might want to work a little harder.

At least that’s the joke her “Little” co-stars Issa Rae and Regina Hall made to CNN when asked why there haven’t been more films like theirs, starring young actors of color.

“‘Oh, I just started a production company just now,'” Rae said, pretending to be Martin.”I’ve been busy, I’m sorry,” Martin said in a mock exasperated teen voice.Indeed she has.

As one of the stars of ABC’s hit comedy “Black-ish,” Martin already had plenty on her plate.

But when she was 13 she strolled into a pitch meeting with Universal Studios to suggest a reboot of the 1988 Tom Hanks hit, “Big,” modernized with a black female cast.

“The pitch meeting was actually pretty smooth,” Martin told CNN. “I wasn’t nervous at all, because I didn’t even know what nervous or afraid even meant.”

The meeting eventually evolved, Martin said, into those gathered sharing memories from their childhoods.

The young actress said she went to the “Little” pitch meeting dressed in a blazer to embody her character in the film, Jordan Sanders, the temperamental business woman who wakes up one morning having been thrust back to childhood.

Hall portrays Jordan as an adult. The pair said they worked closely together to create continuity ..

Continue Reading
You may also like...
Related Topics:Marsai Martin

20 MUST-LISTEN TO BLACK WOMEN PODCASTS FOR 2019
Muskogee senior once told black girls can’t be valedictorian. Now she’s No. 1 in her class, accepted at more than 62 colleges