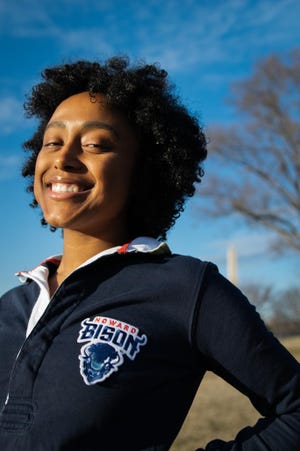 Alexandra Trahan hasn’t felt it yet, hasn’t let herself, not amid the uncertainty, the Capitol violence, President Donald Trump’s repeated attempts to overturn the election. She’ll feel it Wednesday, she says, when she hears those words: “Madam V‪ice President.”

Trahan, a junior at Howard University and vice president of the school’s College Democrats, said that when the election was called and Kamala Harris made history as the first woman and woman of color to ascend to the vice presidency, all she could muster was muted relief. Not awe, not elation, not the jubilance she thought she would. An extraordinary swearing-in is imminent, yet in this era of unprecedented crises she feels this, too, is tenuous.

When Trahan watches the inauguration Wednesday, she hopes it will unleash…

Read More: Kamala Harris’ inauguration: ‘To say I’m on edge is an understatement