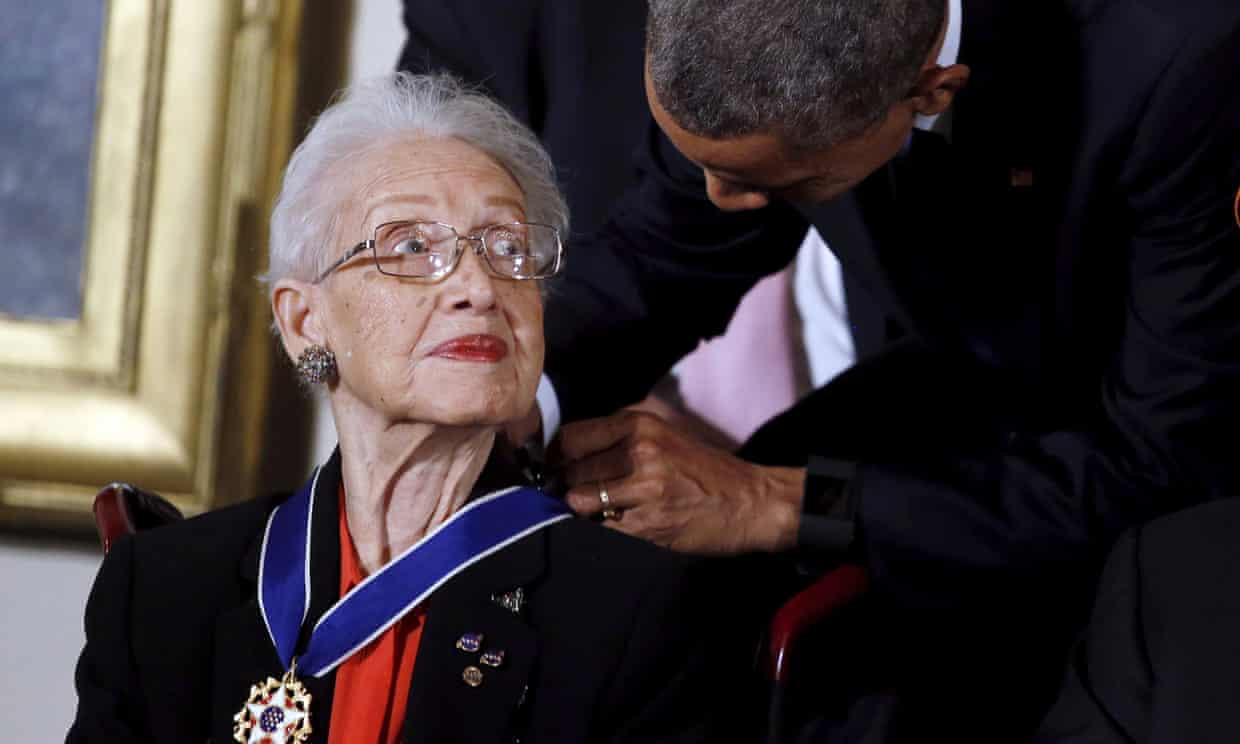 Katherine Johnson, one of the trailblazing African American mathematicians whose story was told in the hit film Hidden Figures, has died, Nasa announced on Monday. She was 101.

In a statement, the US space agency said: “Today, we celebrate her 101 years of life and honor her legacy of excellence that broke down racial and social barriers.”

Johnson worked at the National Advisory Committee for Aeronautics, or Naca, a segregated computing unit which became the National Aeronautics and Space Administration, Nasa, in 1958. Inside the Naca facility in Hampton, Virginia, signs indicated which bathrooms women and African Americans could use.