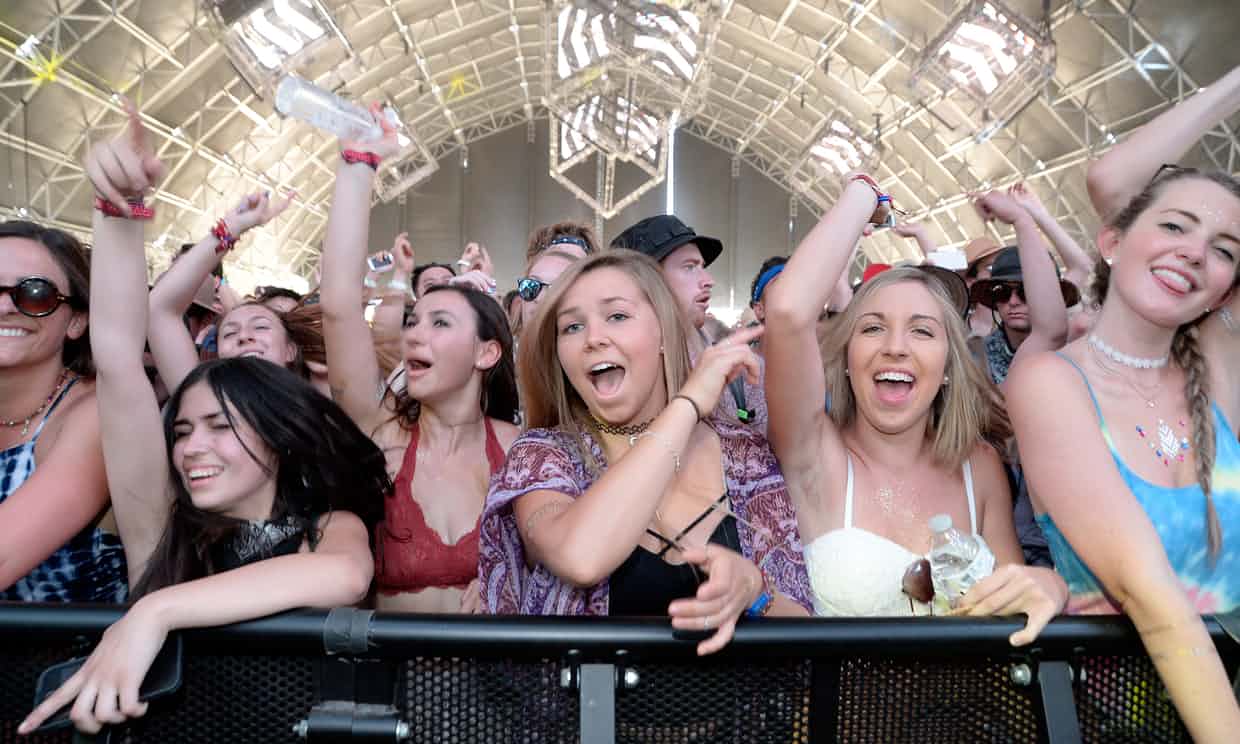 Some of America’s biggest music US festivals bill themselves as oasis of equality, but a closer look reveals an awkward and, at times, uncomfortable picture

The flashy multiculturalism of music festivals presents a seemingly harmonious alternative to the racial tensions that bristle in society at large. Now at blockbuster events like Coachella, Kendrick Lamar is able to weave tales of the black experience to massive audiences, and a new generation of stars with intersectional identities can capture the imagination of the crowd. But no cultural phenomenon can be divorced from the tectonic social processes underlying it.

In the heady optimism of the early Obama years – which coincided with the stateside festival industry’s sixfold attendance boom – the phrase “post-racial” began to creep into the lexicon, and music festivals began promoting themselves as spaces where lofty ideals could be realized. On grassy fields and under big tops, differences of race, gender and sexual orientation are supposedly set aside in pursuit of a diverse, multicultural harmony-via-hedonism. In terms of race, this has proven to be a half-truth. On stage, America’s deep pedigree of black influence rings loud and clear, but look out over the crowd at most major music festivals, and more often than not you’ll see a sea of white faces.

The makeup of Americans aged 18-35, the prime festival demographic, is 58% white, 13% black, 5% asian, 20% hispanic, as of the 2010 census. Numbers drawn from Nielsen suggest that white people comprise 69.2% of the festival-going public, which in itself is not an overwhelming over-representation, but direct statistics from single festivals paint a different picture. Burning Man, not a music festival per se, but still a preeminent entity in festival culture, released figures in 2014 listing their attendees as 87% white. In a 2013 poll on the festival’s website, Coachella-goers were only 4.9% black.

Music publicist Michelle Kambasha detailed her experiences as a black woman attending predominantly white festivals in the UK. “When I’m asked: ‘Why are you at this [insert any indie band] show?’ and I explain that it’s because I do their press, I know what they’re really asking is: “Why don’t you do press for someone black, because you’re black?’,” she wrote in 2016. “It is as if my race inherently …

Please read original article – The kids are all white: can US festivals live up to their ‘post-racial’ promise?

Continue Reading
You may also like...
Related Topics:Equality in Music festivals, US festivals

Tina Knowles-Lawson: I Taught My Daughters ‘From Day One’ That Black Is Beautiful
‘World of Dance’ features guest judge Misty Copeland