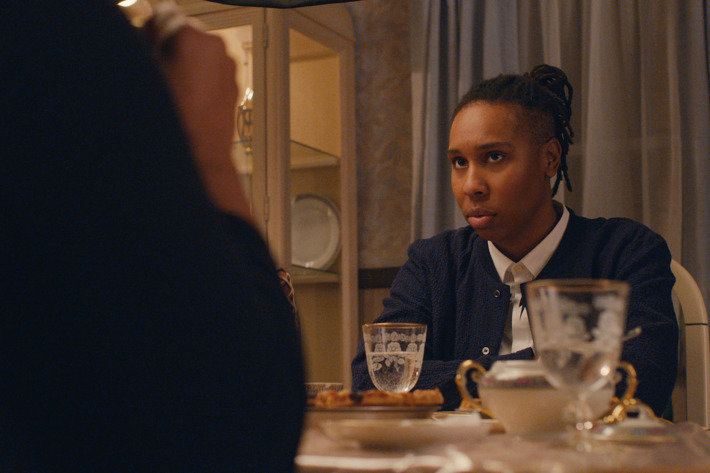 “I hope that we’re changing the way mothers, daughters, families, view what it means to be gay and black in America now.”

Arguably the best episode of Netflix’s “Master of None” isn’t about the main character, Dev, played by Aziz Ansari, but about his best friend Denise.

Denise, who is played by Lena Waithe, is Dev’s stylish, laid-back black friend who identifies as a lesbian. Throughout the series, viewers see a confident Denise who is comfortable with her sexuality. But the “Thanksgiving” episode of the second season showed a more vulnerable side of her. Creators take a look into the past to follow Denise’s character as she realizes she’s attracted to women and comes out to her mom, Catherine, played by Angela Bassett.

Waithe, who co-wrote the episode along with Ansari, revealed that it was based on her personal story of growing up and coming out to her family.

The producer/actor told USA Today that the episode came to fruition after co-creator Alan Yang asked Waithe about her coming out story while in the writers’ room.

“I started to tell the story about what it was like to grow up in a house with all black women, never even hearing the word ‘gay’ or ‘lesbian,’ but not being super Christian. [It was] just all about appearances and how people perceive you,” she said.

Waithe said that she hadn’t intended on bringing elements of her personal experiences to the show, but Ansari called her shortly after she left to ask if they could tell her story ― with her guidance, of course.

The episode follows Denise through a series of Thanksgiving dinners with her mom, aunt (played by Kym Whitley), grandmother and Dev. It starts with Denise…

Continue Reading
You may also like...
Related Topics:Angela Basset, Lena Waithe, Master of None