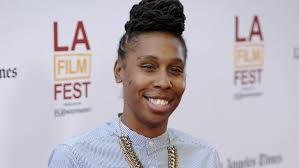 The 33-year-old actress and writer Lena Waithe is best known for her role as Denise, Aziz Ansari’s pal in the Netflix series Master of None. In September, she became the first black woman to win a comedy writing Emmy for the show’s “Thanksgiving” episode—Denise’s coming-out story, modeled on Waithe’s own. Her latest endeavor, Showtime drama series The Chi, proves that Waithe is no one-trick pony. Set in her hometown, it chronicles the interconnected lives of several black characters—including Brandon, an aspiring chef who loses his half brother to gun violence, and Kevin, a wide-eyed kid who sees something he shouldn’t have. In the process, Waithe paints a gritty portrait of Chicago that’s as vivid and authentic as Spike Lee’s portrayals of Brooklyn. “It’s about how honest, how real can I make this,” she says.

Mother Jones: First off, your shoe game is crazy. How did you become a sneakerhead??

Lena Waithe: Man, I’m from Chicago! There’s a real sneaker culture there that you can’t escape, because of the Jordans and all that. Once I started making some money, I was like, “I’m gonna start collecting.” I became obsessed, much to my girlfriend’s chagrin. But I love it.

MJ: Tell us a bit about your childhood in the Chi.

LW: I grew up in an all-black neighborhood in the same house my mom did, which was really cool. The kids I played with were the children of the kids that she grew up with. And I went to this magnet school my mom found, and most of the kids were African American. There was a real sense of community. If I did something in the street that neighbors saw, they would go tell my grandmother. That was something I think a lot of kids don’t have today. I was grateful. It made me feel like I was a part of something bigger than myself.

MJ: How does that upbringing factor into your writing for this series?

LW: I really want the sense of black people being interconnected: If you black and you from Chicago, there’s a connective tissue we all have. The characters bump into each other in a very organic way—a portion through tragedy. But it’s also about surrogate big brothers; even if you’re not blood related, that doesn’t mean I can’t look out for you.

MJ: The first episode is bookended by the funerals of two boys. What was your intent there?

LW: Just to show the differences when one boy has prospect of being a basketball player versus when one is sort of a petty thief and has a single parent that isn’t attentive—as well as what the grieving looks like for both kids. Your life is more valued if you have a talent that society can benefit from. That’s what Jason represents. [At his funeral] there’s a little white kid with his mom, and a letter jacket that looks just like Jason’s. That’s who’s grieving him. There’s no white kid at Coogie’s funeral—he’s a kid from the block who has to care for himself. He doesn’t have a dog so he plays with a stray. His life looks very different from Jason’s, but both lives are valid. Their deaths bring these characters that I’ve created together.

MJ: Between the deaths, though, you bring us lighthearted moments—childhood …