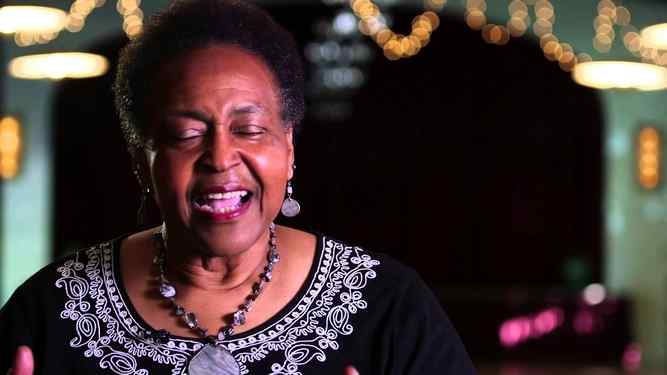 On Election Night 2016, Linda Tillery – a singer and activist who has devoted her life to the struggle for civil rights and women’s rights – decided to go to the movies to distract herself from what for her were the extremely distressing results unfolding in the presidential race. “I was having a hard time,” she said. “I was getting very agitated.”

Once she got to the movie theater near her home in Oakland, Tillery, who walks with crutches, stepped onto the escalator and as it began to move, something went wrong and she fell backward.

“The escalator was going up,” she remembered, “and my head was in a downward position. Basically, I was stuck there.”

A stranger – “he was an angel” – helped her off the escalator and she ended up going to the closest emergency room, where everything checked out OK.

“I’ve been walking on crutches for a long time,” she said. “I know how to negotiate an escalator. It’s just showed how rattled I was by this whole (election night) thing.”

Having regained her balance (physical and spiritual), Tillery comes to the Inner Light Center in Soquel on Friday with her six-piece Freedom Band to perform an evening she’s calling “Music of Protest and Resistance.”

The concert is a concept show that was in place in…