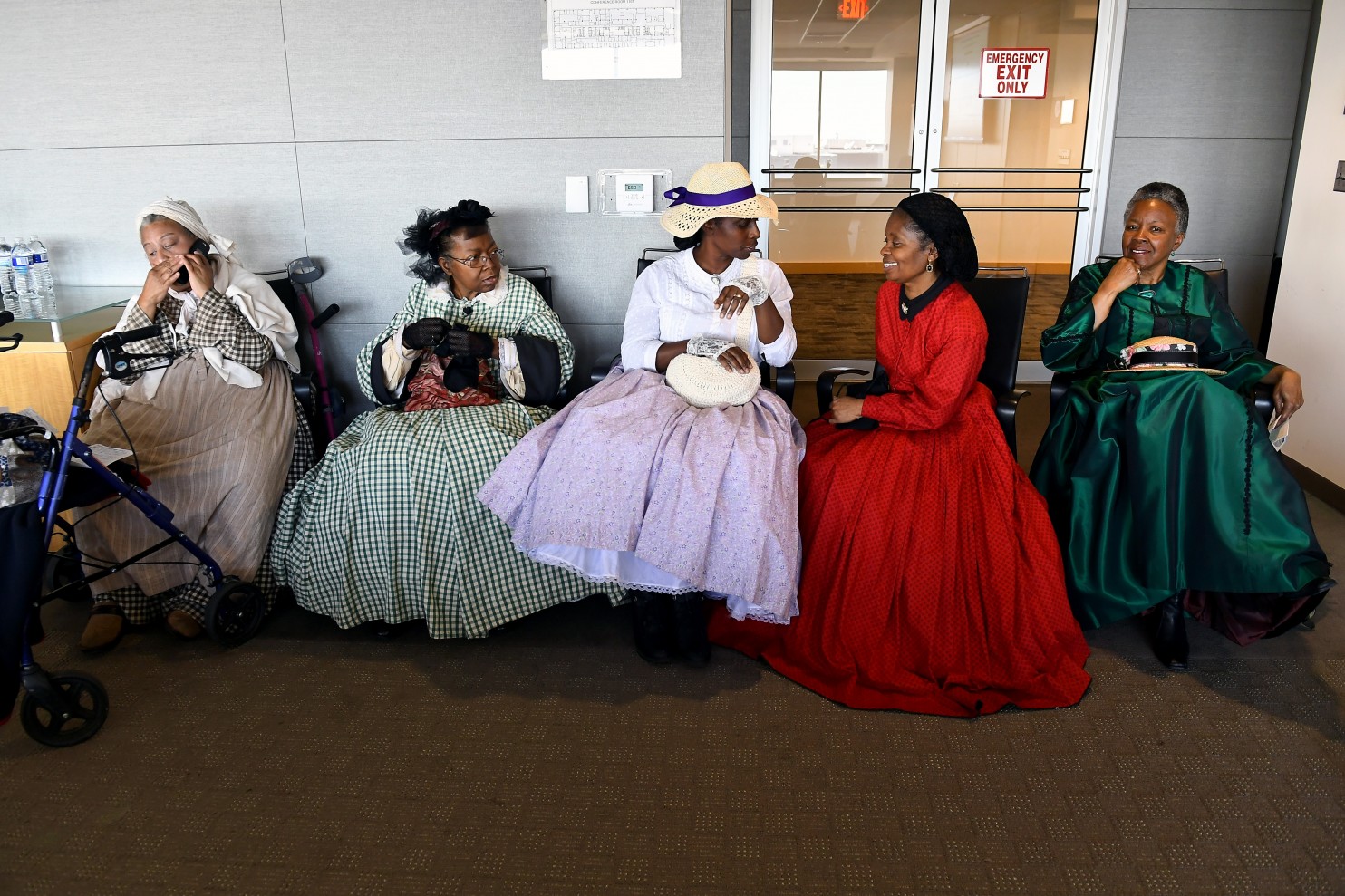 Days before Emancipation Day, on the top floor of a D.C. government office building with a view of the Capitol dome, Bobbie Coles is turning into someone else.

About a dozen people eat brown-bag sandwiches as she becomes “Hattie” — a slave she describes as a “nameless, faceless woman of the Civil War.” Hattie was stolen from her parents, she says. Then her 10 children, sold into slavery, were stolen from her.

Her monologue, offered in period dress and a breaking voice as she leans on a walker, isn’t designed to send audience members back to their desks with a spring in their step.

“My life has been one of hardship and toil,” she says.

“The only time I counts for anything is on the auction block,” she says.

When she finishes, the only sound in the room is the rustle of old-fashioned dresses — a hallmark of the Female Re-Enactors of Distinction (FREED), six of whom are on hand for an event celebrating Emancipation Day, when slavery ended in the District of Columbia on April 16, 1862. The volunteer group performs at libraries, schools, museums and parades to bring the Civil War into…