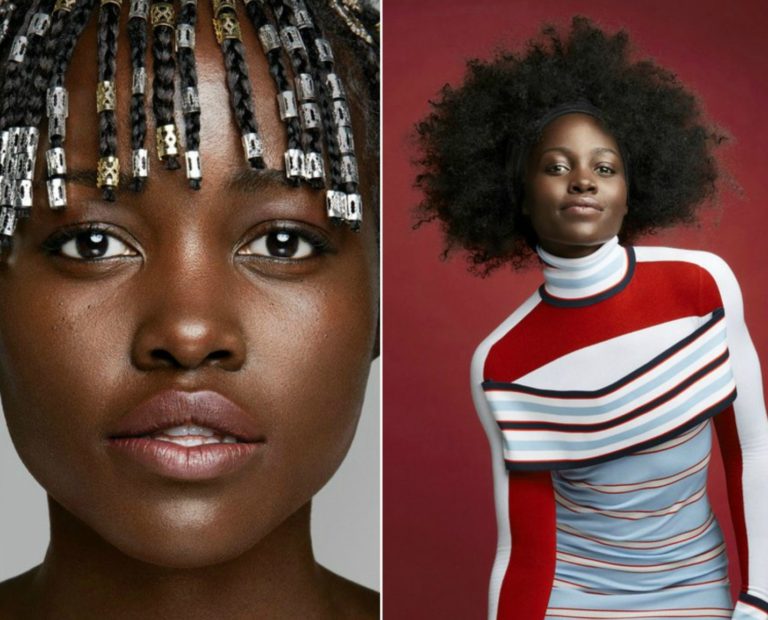 From afros to braids, the star shines in natural hair looks

The Black Panther star talked about her hair journey with Allure magazine. When Nyong’o shot to fame in her motion picture debut in 12 Years a Slave, she ruled red carpets with her close-cropped do. She shared with the magazine that like a lot of Black girls around the world, she was not always enamored with the feel and texture of her natural hair.

“In my tween years, I started begging my mother to have my hair relaxed. She wouldn’t allow it, though her hair was relaxed. She felt that that was a decision I could come to when I was maybe 18. Around 13 or 14, I had such a rough time with being teased and feeling really unpretty,” said Nyong’o.

It’s hard to believe that the stunning beauty at one time did not recognize her own attractiveness, but like many young women, it is now a part of her self-esteem journey. Once she finally convinced her mother to allow her to get a relaxer, she achieved a higher level of confidence.

“I felt so much better because it was easier to tame. All the girls in my class had their hair relaxed. Very few had natural kink, so I felt a lot more acceptable.”

Nyong’o kept her relaxer for the majority of her teen years, but eventually shaved it off to create the iconic short crop that she had when she stepped into the Hollywood spotlight.

Now, the 34-year-old thespian fully embraces her hair and she has showcased her tresses on red carpets all over the globe.

For the Allure feature, Nyong’o worked with her favorite hair stylist Vernon Francois to create a slew of gorgeous natural hair looks. From braids and beads to expertly coiffed afros, the actress and her stylist dreamed up looks that would have any woman envious.

9 Black Beauty Vloggers You Should Be Following On YouTube
“Mommy… Look! My Hair Is Like Demetria’s From TV!” Traffic Reporter Meets Her Tiniest Fan On Air