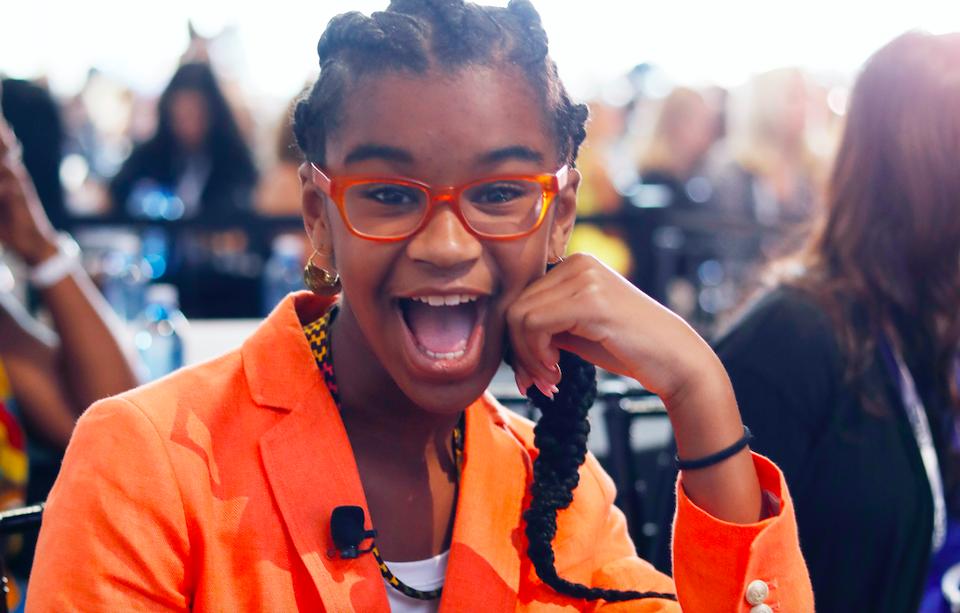 When Marley Dias was 11 years old, she was a voracious reader. But she was sick of the books she was being given in school because, as she’ll tell you, they were all about white boys and their dogs. And so, she set about changing that.

In November 2015, Dias launched a campaign called #1000BlackGirlBooks. Her goal was simple: collect and donate 1,000 books that feature black girls as the main character. Today, Dias has accumulated more than 9,000 books and has landed a book deal of her own.

At the annual Forbes’ Women Summit in New York City Tuesday, Dias reflected on how she was able to turn her frustration by the books she was seeing in school — stuff more along the lines of Shiloh than I Love My Hair — into a genuine movement.

“Frustration is fuel that can lead to the development of an innovative and useful idea,” she said, noting that only after she conducted some research did she realize just how few books had black girls or girls of color as their lead character, and how she might not be the only person frustrated by the lack of representation in children’s books.

“I had a lot of choices about how I was going to address this problem. Option 1: focus on me, get myself more books; have my dad take me to Barnes and Noble and just be done, live my perfect life in suburban New Jersey. Option 2: find some authors, beg them to write more black girl books so I’d have some of my own, special editions, treat myself a bit,” she said. “Or, option 3: start a campaign that collect books with black girls as the main characters, donate them to communities, develop a resource guide to find those books, talk to educators and legislators about how to increase the pipeline of diverse books, and lastly, write my own book, so that I can see black girl books collected and I can see my story reflected in the books I have to read.”

Dias, of course, went with option 3, and her effort is much needed in the world of children’s literature. According to an analysis from the Cooperative Children’s Book Center at the University of Wisconsin-Madison, just 8.4% of 3,400 trade books published in the U.S. in 2016 had an African American main character. The numbers got even smaller when they looked for protagonists of Latino, American Indian or Asian/Pacific descent: just 55 books, or 1.6%, featured a Native American character in a starring role; 169, or roughly 5%, had a Latino protagonist; and 239, or 7%, were about a character of Asian/Pacific descent.

“This gaps hurts all of us,” Dias said Tuesday. “I’m working to create a space where it feels easy to include and imagine black girls and make black girls like me the main characters of our lives.”

Educators, advocates, and even Hollywood auteurs agree with Dias’ assessment.

“In the history of storytelling, you always want that main character to be you,” Wonder Woman director Patty Jenkins said in a conversation earlier in the day on Tuesday.

Or, as the CCBC put it in its analysis: “The more books there are, especially books created by authors and illustrators of color, the more opportunities librarians, teachers, and parents and other adults have of finding outstanding books for young readers and listeners that reflect dimensions of their lives, and give…

Please read original article – From Activist To Author: How 12-Year-Old Marley Dias Is Changing The Face Of Children’s Literature

A ‘Queen Sugar’ Rush Heralds a “Silver Age” for African- American TV
I’m A Swimmer. I’m Black. Surprised? You Should Be.