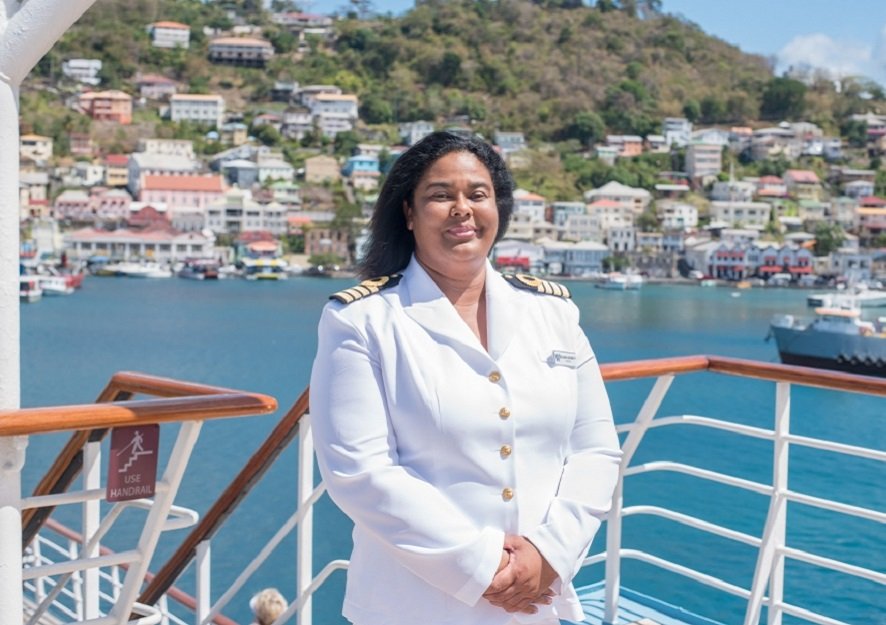 By MILDRED EUROPA TAYLOR via https://face2faceafrica.com

She has always had a passion for the sea. Growing up in one of the most remote islands in the world, St. Helena – a part of the British Overseas Territory, Belinda Bennett loved the ocean and wanted to be a marine biologist.

Right from the age that she could walk, she was already in water, having found herself on a small island. At age 17, she took a job as a deck cadet on her home island ship, the RMS St. Helena – a cargo ship that transports vital supplies to the remote island from the African coast.

After years of training in the classroom and more years of applying her knowledge at sea, Bennett would climb the ladder to become one of just a handful of women in the commercial cruise industry to helm a ship.

Having run into both racism and sexism over the years, becoming the first black female captain in the  …