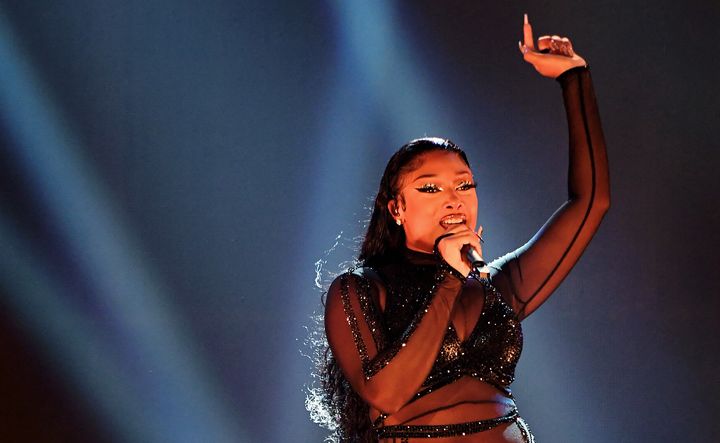 By Zeba Blay via https://www.huffpost.com/

On Sunday evening, as rapper Megan Thee Stallion racked up trophies and performed her new hit single “Body” on stage at the American Music Awards, rapper Tory Lanez had this to say on Twitter: “The double standard is wild.”

It’s unclear which double standard Lanez, who is charged with shooting Megan Thee Stallion in July, was referring to. He recently pleaded not guilty to the charges related to the incident, which sparked conversations about the ways Black women are undervalued and underprotected.

When Lanez released an entire album earlier this year denying that he had shot Megan, people actively questioned whether she had even been shot (because she initially refused to name him), forcing her to share photos of her gunshot wounds to quiet skeptics.

The jokes, memes and incredulity surrounding Megan’s “side of the story” swirled in conjunction with outrage and disgust over the release of Cardi B’s raunchy hit song…

Read More: Megan Thee Stallion Made An Album For Every Black Woman Who Is Fed Up