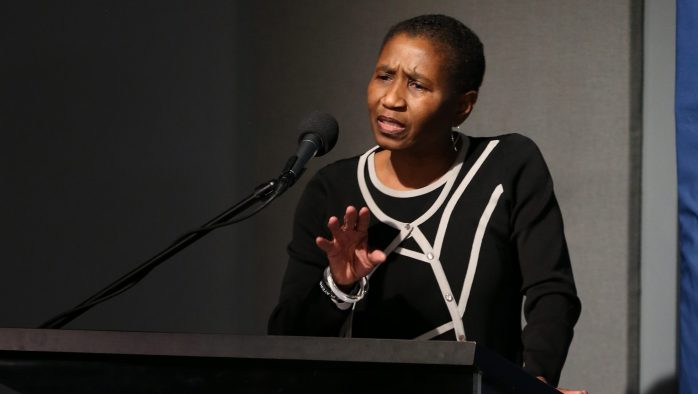 BY MARC J. SPEARS via https://theundefeated.com/

Since 2014, the National Basketball Players Association (NBPA) has been led by an African American woman by the name of Michele Roberts. During that span, Roberts has put the NBPA on solid footing, kept a major lockout from taking place in 2016, strongly supported social justice alongside the players and helped guide them through the pandemic.

During her tenure as the first woman to head a major professional sports union in North America, Roberts, 65, has also been pleased to see more women working in the NBA at large. However, she says, most do not look like her.

“Even as I see more women, and I’m happy about that, there are not enough Black women,” said Roberts, who plans to retire soon. “And it…