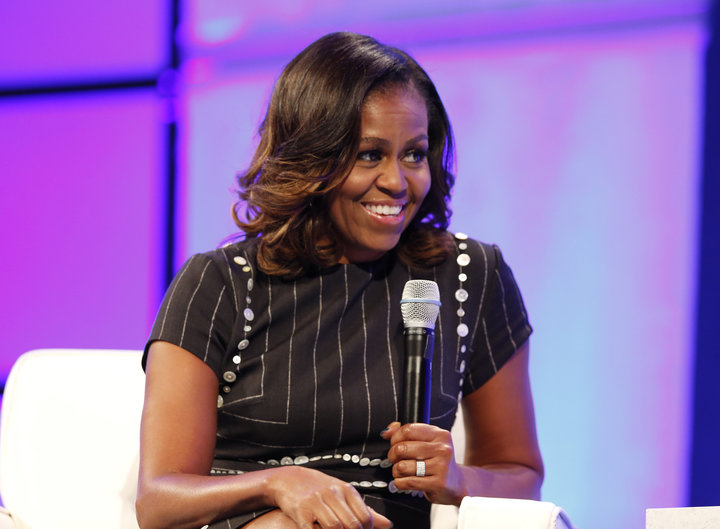 “Gone are the days when the [landline] phone would ring ― you remember that?”

The former first lady appeared at the Pennsylvania Conference for Women on Tuesday in a conversation with “Grey’s Anatomy” and “Scandal” creator Shonda Rhimes. During their talk, Rhimes asked Obama how technology has influenced her two daughters. Obama joked that things were simpler when everyone had a landline phone at home.

“Gone are the days when the [landline] phone would ring ― you remember that? ― in your house,” she said. “And you would pick it up and someone would say, ‘Hello, Mrs. Such-And-Such. My name is Blank, and I’m calling to speak to Malia.’ And you’d go, ‘This is the person who’s talking to my daughter’ ― boy, girl, whatever.”

Because many people now have handheld devices keeping them in touch, landline phones aren’t as popular, leaving Obama in the dark when it comes to all her daughters’ friends ― even their closest ones.

Obama and Rhimes shared memories of stretching out their landline phones’ cords and getting tangled in them while talking with their friends, while also being completely aware that their parents knew everything they were saying and how long they were on the phone.

Funny, nostalgic stories aside, Obama noted that though she has her worries about technology, she also appreciates her daughters’ ability to easily experience different cultures and access vast amounts of information.

Obama also described what her parents were like when she was a kid. Rhimes asked …