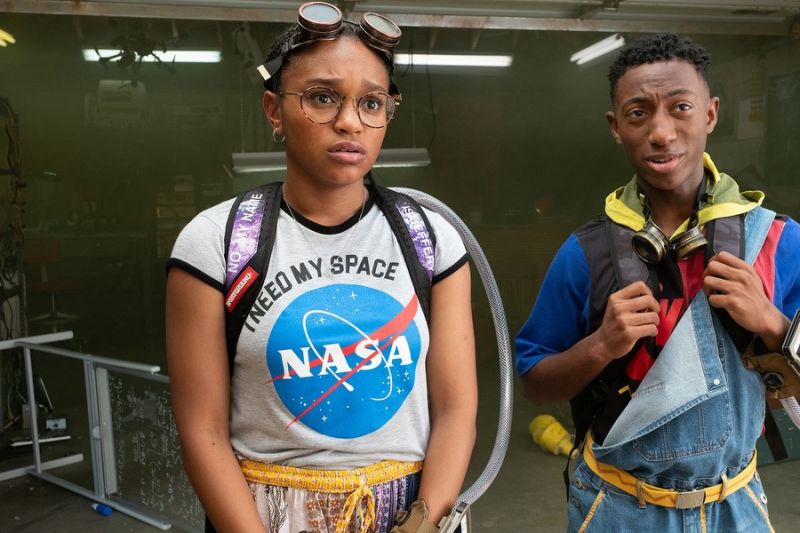 By Terrence Chappell via https://www.teenvogue.com/

Netflix’s new film about a young girl who time travels, reveals an important narrative that must be retold.

Netflix’s time-traveling thriller See You Yesterday has levels to its seemingly jaunty sci-fi exterior. The critically-acclaimed Stefon Bristol film takes a novel approach to grief over a fatal police shooting of a loved one, while supporting the notion that Black and brown kids are interested and proficient in STEM even in lieu of statistics.

The film follows two Brooklyn-based Black teenagers C.J. and Calvin, (Eden Duncan-Smith and Parish Bradley, respectively) who create time-traveling backpacks. When C.J.’s older brother, Calvin (Stro) is shot by a white police officer, the two use the Back to the Future-esque backpacks to travel back in time to save him.

C.J. drives the storyline forward as she runs towards the past, determined to save her older …

Read More : Netflix’s “See You Yesterday” Is About the Power of Black Girls in STEM

Continue Reading
You may also like...
Related Topics:Netflix, See You Yesterday, STEM